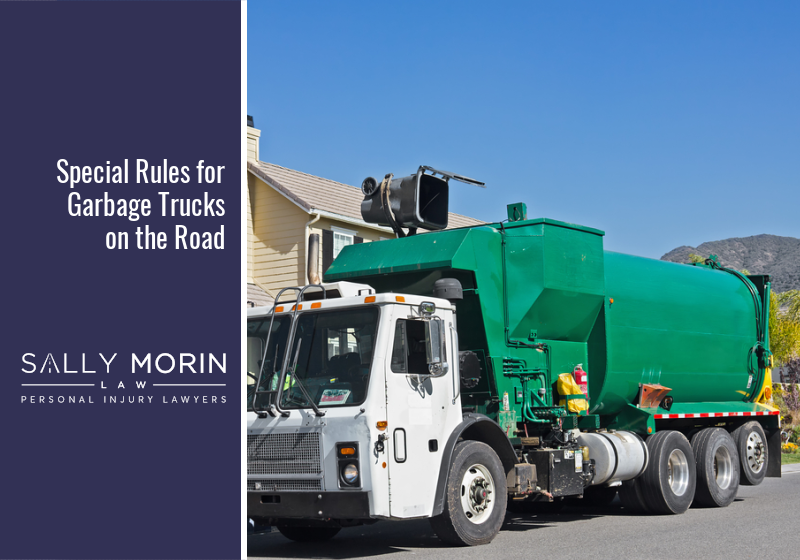 Here in California, garbage trucks have their own rules on the road. They get special status and don’t have to abide by the same traffic laws you and I do!

For example, they’re allowed to move, stop, and park within most bicycle lanes. They can sit for long periods in parking spaces, operate in loading and unloading zones, and dominate other areas that are usually partially to totally restricted from vehicle traffic.

Garbage trucks are also permitted to stop along the curb and right in the roadway. They don’t even have to stick to their side of the street! They can encroach on the opposite lane of travel and often make unpredictable movements as they deal with debris.

Why Garbage Trucks’ Special Status Matters to You

Most people don’t pay too much attention to garbage trucks until the day one hits them. If you’re in a collision with a garbage truck, their special status suddenly means your accident gets a whole lot more complicated.

Now, you’ll need to find out whether the sanitation worker was actually engaged in the course of doing their job when the accident happened. Were they actively removing trash? Were they on their way to or from collecting garbage?

There are different rules that apply, depending on the truck’s status at the time of the accident. If the truck wasn’t being actively used for trash collection, it might not be covered by the same protections it would have during active sanitation work.

You’ll also need to know who drives and owns the truck. The city sanitation department? A private company? A sole proprietor or independent contractor?

Plus, keep in mind that after an accident, your actions will be scrutinized just as closely as the garbage truck driver’s actions. California state law requires you to drive carefully around garbage trucks.

For example, California bill AB-2115 requires drivers to make a lane change and pass at a safe distance when overtaking a stopped waste service vehicle. That means whenever you’re near trash trucks, it’s important to make sure you’re driving carefully and lawfully.

Requirements for Garbage Trucks in California

Although garbage trucks have somewhat looser requirements for traveling around on the roads, they have other, stricter rules. For example, they have tough emissions standards, and all California garbage trucks must be zero-emission by 2035.

They also have to be equipped with backup lights and alarms the typical passenger car isn’t required to have. That’s why you can hear their backup alarms going beep-beep-beep early in the morning when you’re trying to sleep. Trash truck alarms alert everyone nearby, preventing collisions with pedestrians, cyclists, and motorists.

Also, since 2010, newly-purchased California garbage trucks have been required to use backup cameras. This provides the trucks’ drivers with a better view of what’s located to the rear of the vehicle, helping them safely back up without injuring people.

Still, trash trucks are involved in tons of crashes. There are about 1,400 garbage truck injuries in the U.S. each year and more than 100 deaths. And only one-fourth of the deaths are among sanitation workers. All the rest are just other people out in the community.

If you ever have the misfortune of being injured in a garbage truck accident, reach out to the team at Sally Morin Personal Injury Lawyers. We have a long history of fighting for our clients and securing valuable compensation in big truck accidents.

Garbage trucks might get special treatment on California’s roads, but that doesn’t mean they’re immune from responsibility! Your lawyer can help you get your bills paid and hold the right person, company, or government agency accountable for your costly garbage truck crash.

After an accident, contact the attorneys at Sally Morin Personal Injury Lawyers. We handle many types of personal injury claims, including garbage truck accidents. We believe you should be able to focus on recovering from your accident while we handle the legal details. 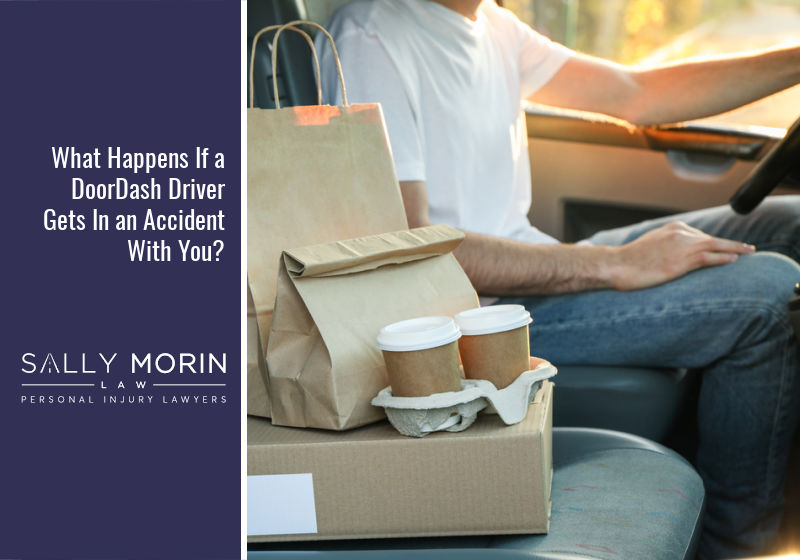 What Happens If a DoorDash Driver Gets In an Accident With You? 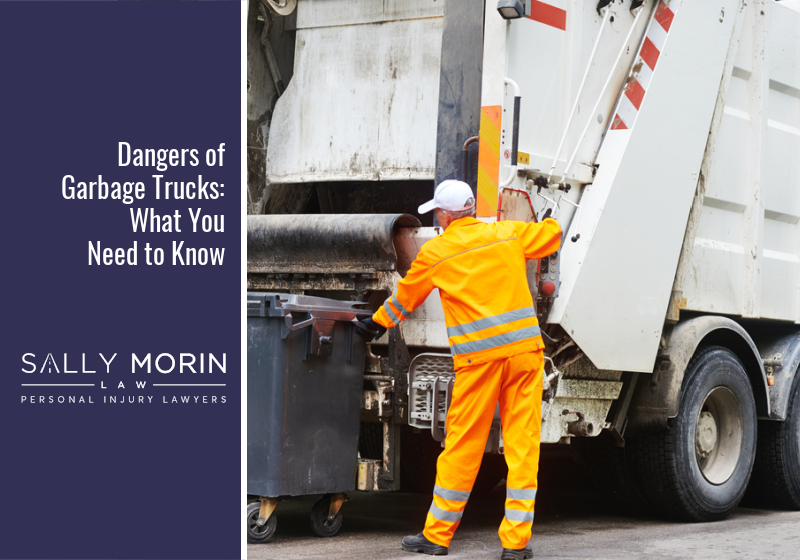 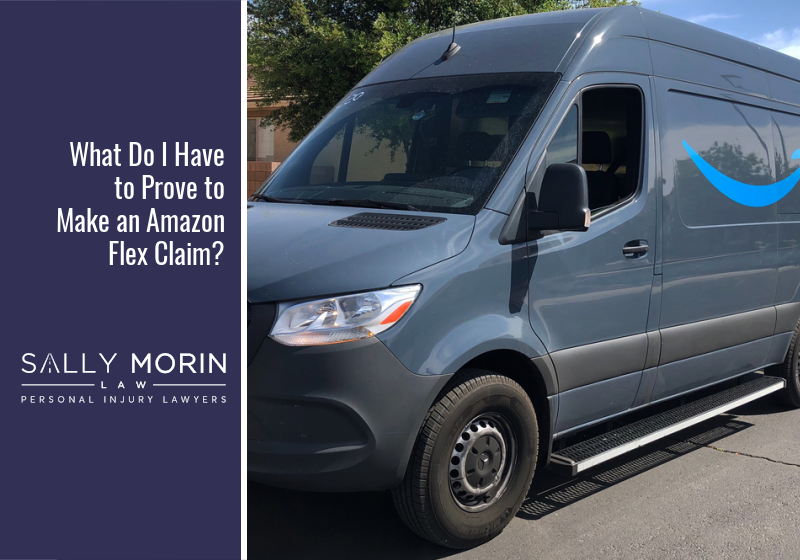 What Do I Have to Prove to Make an Amazon Flex Claim? 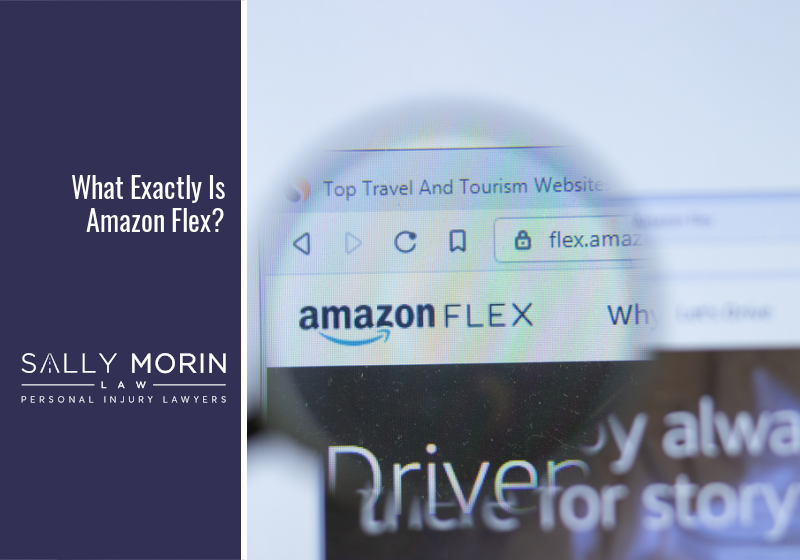 What Exactly Is Amazon Flex? 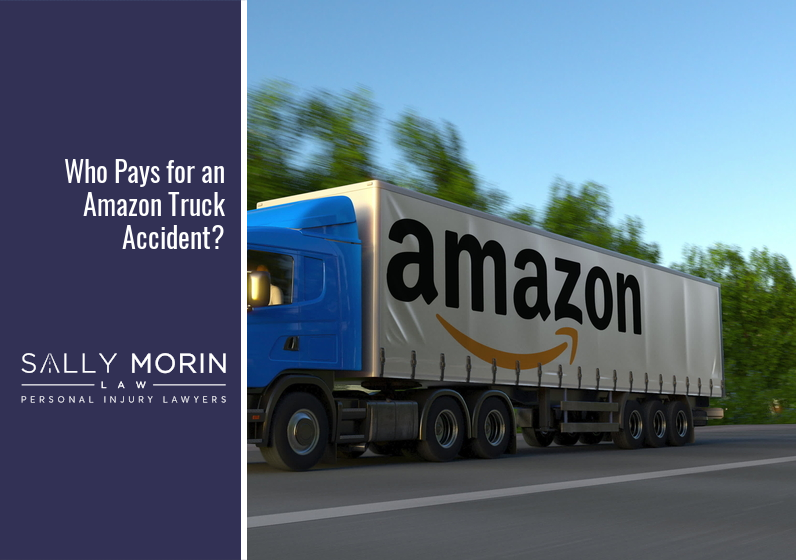 Who Pays for an Amazon Truck Accident?