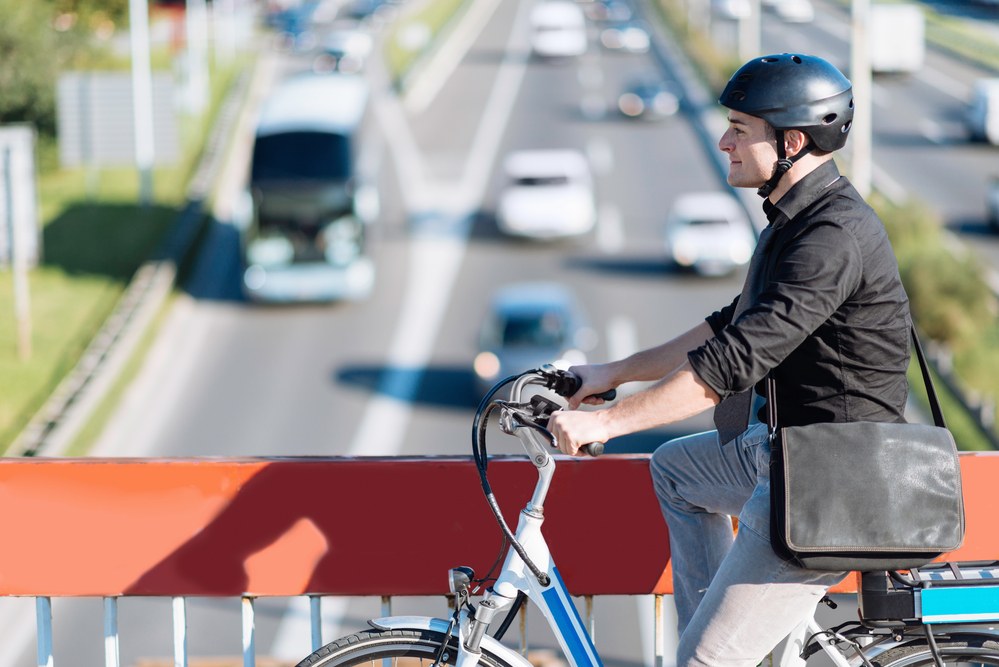 It seems like there are a dozen new places to buy an ebike in San Francisco every day. Sure, specialty retailers have cornered the market (offering a staggering array of different models to choose from) but most any medium- to large-sized bike shop in San Francisco will have at least one ebike on display. (And multiple manufacturers make motors you can strap to your regular ride.) That’s not including the rentals businesses that offer hourly, daily, and weekly rates for ebikes. Nor does it take into account the ebike tours of San Francisco that visitors and natives alike can book to see a different side of our city.

But are ebikes a fad or are they here to stay?

There are number of benefits of ebikes that make them the perfect mode of transportation for city dwellers. And San Francisco’s existing bike culture (with its balance of innovation and simplicity) may be the perfect place to incubate such a cutting-edge trend. As a California bicycle accident lawyer, I have to point out these machines aren’t without inherent risks that potential buyers (or renters) should be aware of.

The Benefits of Ebikes in San Francisco

Commuters who rely on bicycles often have to make concessions—carry a change of clothes or deal with arriving to work sweaty and disheveled (possibly with grease on their pants). Ebikes help eliminate that risk by providing extra assistance—especially when going up one of San Francisco’s many hills—so riders arrive fresh and ready to work. You still have to watch out for mud puddles and protect those pant cuffs from bicycle chains but that’s a small price to pay for fewer loads of laundry.

You’d be hard pressed to find a bicyclist who could maintain speeds faster than the automobiles around them. But you may be surprised how often cycling to wherever you need to be in San Francisco is quicker than hopping in a car. Ebikes make that even truer by allowing bicyclists to maintain a relatively steady speed uphill or down. This allows them to keep up with traffic, outpace the rest of the bicycles on the road, and even take advantage of hilly terrain a traditional cyclist would normally bypass.

I’m not saying San Francisco bicyclists are bike snobs . . . but it’s no secret that there’s a certain amount of personal cache to be had from riding a unique or eye-catching bike in a city. As a growing number of residents who own cycles are investing their personal vanity in the machines they ride, bikes themselves have become something of a status symbol. While basic ebikes are a bit ugly—just regular rides with electric motors—many ebikes are designed to look futuristic, have non-standard features that add to their mystery, and will often turns heads on city streets.

Any bicyclists—especially novices—has a limited range in which they are comfortable riding. It usually encompasses about 5-7 miles (10-15 miles round trip). That’s fine for popping off to the neighborhood grocer or riding to work (average work commutes in San Francisco are about 3 miles) but really limits your ability to truly experience the city. An ebike extends that natural territory limitation allowing people to see more, do more, and live more. That extended freedom may also play a part in owners choosing to ride two wheels rather than four.

Aside for the initial outset (which admittedly can be quite costly) ebikes are more affordable than automobiles. Even when you toss out sticker prices, cars still need annual inspections, registrations, insurance, and gallons and gallons of gas. All of that adds up. Ebikes need a little maintenance here and there (tires, lube, chains, etc.). Perhaps the biggest expense would be a new battery every two to five years (depending on use).

Bicycle Accidents in San Francisco and the Dangers of Ebikes

For all the benefits that ebikes provide there is one arena in which they are not better than cars: personal safety. Ebikes are essentially just fancy bicycles (which is part of their charm) and—unfortunately—bicycles can be dangerous. While the majority of bicycle accidents in San Francisco involving cars are caused by drivers not cyclists, cyclists pay the price. They’re more likely to be injured in a crash than car drivers or passengers and more likely to be killed.

Ebikes, with their higher speeds and complex engineering, may actually be more dangerous than traditional bicycles (though statistics are hard to come by because crashes are classified as bike accidents). Every owner should know the risks—and how to avoid them—before hitting the street on their new machine.

If you have been injured in a crash, there is help. Contact an experienced San Francisco bicycle accident attorney today to get an expert working for you. Contact Sally Morin Personal Injury Lawyers. Submit your case online or call (415) 413-0033 today.