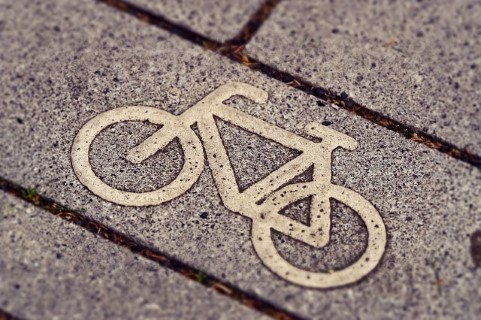 The hipsters that have filled San Francisco streets (or infested as some would say) have become such a part of the scenery that many of us don’t even notice them anymore. They zip past on their fixed gear bikes (fixies) wearing ridiculous mustaches, lumberjack beards, and some mish-mosh of thrift store rescues and overpriced urban couture acquired from super-stylish internet stores. We spot them, laugh at them (or curse them), and make note of their frequent mention by comedians and humorous internet websites but that’s about it.

However, it’s important to note that this subspecies of San Francisco cyclist has become more than just an interesting anecdote or the ever-present butt of our jokes. Believe it or not, hipsters have helped shape the city with their vibrant (if affected) activism. (Heck, they may even have helped shaped the future of self-driving cars according to one Google rep!) I can honestly say that in my work as a San Francisco bicycle accident lawyer I’ve had my fair share of really cool, intelligent and laid-back hipster cyclist clients.

How to Spot a Hipster Cyclist

With such a high percentage of daily bicyclists on San Francisco streets (more than any other city in the nation save for Portland, Oregon and Seattle, Washington according to the latest census data) you’d think it would be easy to miss even such a large subset of the population. Thankfully hipsters affect a sort of urban anti-camouflage and coif their plumage into interesting arabesques that are so retro that no one outside the 1920s would remember when they were “in.”

Skinny jeans, funky hats, retro (or pseudo retro) eyewear, and unique footwear are the uniform of choice for these radicalized youth. And while you may not be able to tell one from the other thanks to this whole-hearted adoption of alternate (but identical) style, you can certainly spot a Mission Hipster in a crowd of cyclists.

The bikes they ride are often unique and/or modified to make them standout. Most often they have fixed gears (meaning there’s no derailleur or shifting mechanism and the pedals must stay in constant motion while the bike is moving—hence the “track stops” you see at stop lights). This type of bike (called a fixie by enthusiast) was first popularized in the early 2000s by urban bicycle messengers in cities like New York, Portland, and San Francisco.

(Watch Joseph Gordon-Levitt—Hipster Royalty some would say—in Premium Rush for more on why fixies enjoy such a diehard following.)

These bikes entice San Francisco hipsters because they both enjoy an elevated place in existing subculture and are, technically, illegal on city streets because they possess no braking mechanism. Sticking it to the man while they search out the most righteous drip coffee in the City by the Bay—what could be better?

Because hipsters are such aggressive activists by nature (especially when the “activism” is limited to simply showing up enforce and using social media to prove they were there), hipsters are often one of the first groups to organize when the call goes out. And because they are so active on social media they have extensive outreach and considerable “pull” with others like themselves.

This has made them one of the most visible and recognizable forces within the organized push to make cycling in San Francisco safer. Movements like The San Francisco Bicycle Coalition and Critical Mass rely on hipsters to fill their ranks, broadcast their message, and push back against the establishment in order to effect change. Without such visible demonstrations it’s hard to believe that projects like San Francisco’s commitment to Vision Zero would have been so warmly embraced. As a San Francisco bicycle accident attorney, I see how important this subculture is to our City.

So next time you see a pair of skinny jeans and Converse rocking back and forth at a stop light, keep the cursing to yourself and offer this rare bird a salute for all the good they’ve done for the state of cycling in San Francisco.