Did you know California has a stricter cell phone law along with  an array of new traffic laws? Governor Gavin Newsom signed five new traffic rules into law that are either effective immediately or will go into effect soon.

Below is a summary of the latest new traffic laws and what they mean for drivers. Keep these rules in mind as you hit the roads in California.

Using your cellphone is a type of distracted driving that’s already against the law in California. What just changed is the level of penalties you could be assigned for breaking the law.

Previously, you would just be fined for using your phone while driving. Now, as a result of the newly-approved bill AB 47, you can also receive points on your license that could lead to license suspension or revocation. Keep in mind that this applies to talking, texting, using apps, and generally most ways of interacting with your phone while driving.

This new law also adds a stricter penalty for repeat offenders. If you’re caught using your cellphone while driving for a second time within 36 months of a previous conviction, you’ll have an additional point added to your license.

If you fail to yield to an emergency vehicle, you can be ticketed and fined $490. At the scene of an emergency like a car crash, you could even be charged with a crime against public health and safety if your failure to yield interferes with an emergency worker’s performance of their duties.

There’s a new helmet rule under bill AB 974, but you probably won’t encounter it unless you’re a horse rider. It requires people under age 18 to wear helmets when riding animals on paved roads except during festivals and parades. It also specifies certain types of reflective gear for animals ridden on roads after sunset.

In response to deadly street races that are injuring and killing bystanders, California lawmakers are clamping down on illegal automotive sideshow performances. These performances are often associated with dangerous behaviors like reckless driving, street racing, skidding, and speeding.

AB 3 takes effect on the first day of 2025 and will increase the penalties for sideshow convictions. Violators will face driver’s license suspensions between 90 days and 6 months. Penalties will be even harsher for repeat offenders with numerous previous driving-related convictions.

If you’re not familiar with street racing, here’s the definition of a sideshow from the California Vehicle Code:

Do you have a trailer and/or a Class C license for trailer towing? If so, you should know that the towing laws will be changing soon. Prepare now for a new law that goes into effect on the first day of 2027.

Under the new law, a motorist with a Class C driver’s license can tow a trailer that weighs between 10,001 and 15,000 pounds for recreational or transport purposes. A Class C license will be required, and drivers must pass a special type of written exam that shows they know the rules of highway driving and the California Vehicle Code.

Questions About Traffic Laws and Personal Injuries? We Can Help.

If you need additional information about staying safe on the roads and managing the impact of personal injuries, please contact the attorney team at Sally Morin Personal Injury Lawyers. We handle many areas of personal injury law, including car accidents on California roads. We believe you should be able to focus on recovering from your accident while we handle the legal details. Call 877-380-8852 today for a free case evaluation. 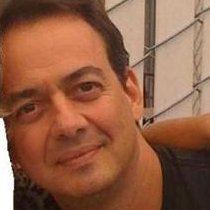 We found Sally Morin and her team through Yelp and now after our case has been settled better than we could have ever imagined we are very happy to give her 5 stars just like everybody else does. Her whole team is beyond friendly and knowledgeable and they are just wonderful people, they have attention to detail and are very personal and prompt in their answers. They also did a great job of making the terminology of their trade understandable to us and they kept fighting for a good settlement instead of going for the easy route. They don’t have to have billboards or cheesy TV ads because they get more than enough work through referrals from clients like us.

Left Turn Accidents: Is the Car Making the Turn Always Liable in California?

Can I Sue for Hearing Loss After a California Car Accident?

How Much Will My Insurance Go Up After an Accident in California?

Can a California Car Accident Cause a Stroke?

What is a Common Carrier Accident?