What Factors Make Someone a Credible Witness in a Car Accident Case?

A credible witness can help or hurt your car accident claim. When you have an eyewitness who supports your version of the story, their account will matter to the police, the insurance company, and the courts.

But what if a witness doesn’t support your story? What if they’re not credible? And why are some witnesses more or less believable than others?

Let’s take a closer look at the issue of witness credibility and how a witness’s view of what happened might impact the course of your California car accident compensation case.

In many car accidents, the only witnesses are the two drivers involved in the accident. For example, if your accident happened on a remote canyon road in the middle of the night, there may not be any other witnesses around to see what happened.

Sometimes there are almost too many witnesses! During rush hour on the LAX, hundreds of people will witness an accident and they each have an individual opinion about what happened.

Witnesses matter in car accidents because they’re considered neutral third parties. Ideally, they weren’t directly involved in the accident, aren’t your friend or family member, and don’t have a reason to favor one party over another.

However, in reality, witnesses can lack credibility for many reasons. You may or may not want a witness to be involved in your case depending on their level of credibility.

Numerous factors affect how credible someone is as a witness. First and foremost is simply whether or not they were present at the scene of the accident. Did they really see it firsthand?

On occasion, a supposed witness claims they saw the accident when they didn’t. Maybe they don’t want to admit they weren’t paying attention. In rare cases, an unknown bystander will intrude on the situation and lie to the police out of a misguided urge to help.

There’s also the issue of distraction. Before the accident, a witness doesn’t know what they’re about to see and they might not be paying full attention to their surroundings. Were they distracted by their children in the car? Were they a pedestrian wearing earbuds and singing along to the music?

The person’s physical health is also relevant. For example, if they have poor eyesight and weren’t wearing their glasses at the time of the accident, their testimony is less credible. Or if they have a history of confusion or memory problems, their recollection of the accident is less reliable.

What about intoxication? Was the person drinking on the deck of a pub when they witnessed your accident? Were they under the influence of drugs?

Witness bias can also be a factor in accidents. Imagine that one of the vehicles’ passengers is a friend or family member of the driver and has a lot to say about the accident. Their account is naturally biased toward helping their loved ones, which could impact your case.

Manipulation is also a concern. What if after the accident, the other driver went straight over to a witness and bullied them into believing their version of what happened? If you’re worried that manipulation or coercion might be a factor in a witness statement, express this concern to your lawyer for further investigation.

Finally, there’s the issue of a witness’ character, including who they are and what kind of background they have. Do they have a previous felony conviction? Do they have a reputation for telling lies? These can be important factors in witness credibility.

Working With Your Lawyer Regarding Witness Credibility

The best witness is a truly neutral party who gives an impartial account to the police and other investigators. Hopefully, their statement also supports your case!

Never attempt to influence a witness, ask them to alter their testimony, or prevent them from testifying, or you could find yourself in legal jeopardy. This is known as witness tampering and is a crime under the California penal code.

Work with your lawyer to understand the impact of witness testimony. Don’t worry too much if a witness is saying something that doesn’t support your side because there are many other types of evidence you can use to support your claim: dashcam videos, surveillance footage, the police report, and expert testimony, just to name a few.

At Sally Morin Personal Injury Lawyers, we have compassion for people like you who have been injured in traffic accidents. Contact us for a free consultation about your accident and we’ll help you understand how witness credibility could affect your case.

After an injury, contact the attorneys at Sally Morin Personal Injury Lawyers. We handle many areas of the law, including car accidents. We believe you should be able to focus on recovering while we handle the legal details. 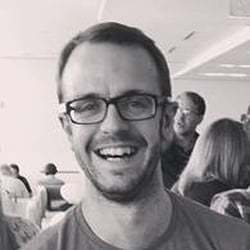 After being hit by a car while descending down off of Twin Peaks on my bike one lunchtime i was left with a badly broken leg and a written off bike. I’m originally from the UK and had only been in San Francisco for a year so the American medical system and insurance process was daunting and new to me.