A motorcyclist was injured when they were struck by a driver making a U-turn. The California motorcycle accident occurred on South Van Ness Avenue in San Francisco. Though the accident was minor, the motorcyclist still sustained a broken wrist and needed to receive medical care.

Why the Client Hired Sally Morin

Though the injury was minor, the motorcyclist still had a right to file a personal injury claim to recover compensation as the accident was a result of another driver’s negligence. Unfortunately, this was a complicated situation as the at-fault driver had low insurance limits, and they were on the job at the time of the accident. As such, the client needed professional help to get the full settlement they needed and deserved to pay for their medical bills and other damages.

Best Thing Sally Morin Did for the Client

Sally Morin negotiated to get the negligent driver’s full insurance policy coverage of $25,000 and then obtained the full amount of the client’s underinsured motorist coverage of $75,000 for a total settlement of $100,000. Overall, our team negotiated the liens down significantly and maximized the case value, alleviating our client’s stress over their medical bills and other damage expenses so they could focus on their recovery.

While U-turns are legal in all states, each state has its own laws as to what constitutes a safe and legal U-turn. In general, a U-turn is a move that a driver makes when they are headed in one direction and make a complete 180 to head in the other direction. Sometimes this is done in the middle of a road, at a stop sign, or even at a traffic light. Some states have even installed specific lanes designated for making U-turns.

According to the California Department of Motor Vehicles, drivers may make a legal U-turn in the following ways:

U-turns in the state of California are illegal in the following situations:

As a motorcyclist, you could be hit while making a legal U-turn or when another driver pulls out in front of you to make an illegal U-turn. In either case, if you were legally obeying the law, and the other driver was not, you can file a personal injury claim against them.

Drivers are required to uphold a duty of care, meaning they must obey the law and drive with care to avoid causing harm to others. If they breach that duty, they can be held liable for their negligent actions—meaning they or their insurance company will be responsible for paying the injured driver compensation for their injuries and other damages.

However, as with the case described above, the at-fault party will not always have sufficient insurance coverage to adequately compensate the injured victim. And in some cases, insurance companies will attempt to offer reduced settlements even if the policy allows for more money to be awarded.

This is why it is often necessary to work with an attorney. A professional attorney can review your case and help you seek all possible options for compensation. They can also fight for your rights and ensure the insurance company pays you the full and fair settlement you deserve.

If you are injured in a motorcycle accident in California and need help filing your claim, our team can assist you. At Sally Morin, we see tons of cases like this every year because motorcycle accidents are so common in California. As such, we know what it takes to fight for the rights of our clients and ensure they get the full and fair settlement they deserve.

If you’ve been injured in a motorcycle accident, call us at 877-380-8852 or contact us online today for a free case evaluation. 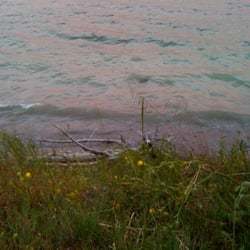 Sally helped me through a tough personal injury case and her staff were caring, diligent, and honest. I can’t say enough good things about Sally. At a time when I had enough on my hands just healing, Sally was there to handle the settlement, so I could just focus on walking again and getting back to work. If you have a personal injury case, you definitely want Sally on your side!