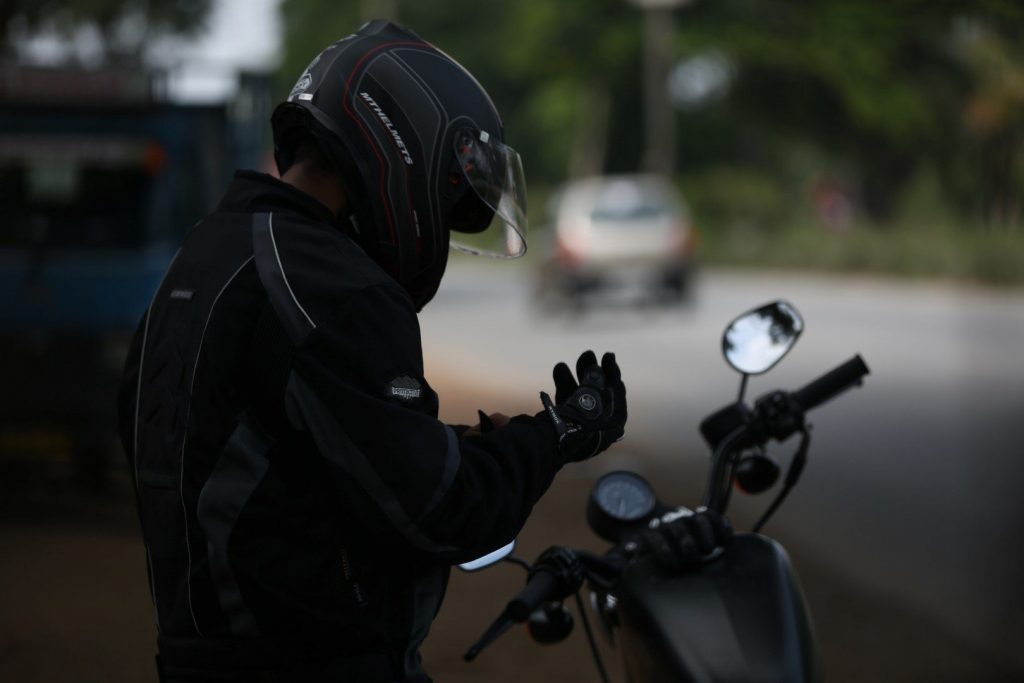 A 25-year old software salesman was riding his motorcycle on the highway in Santa Cruz County – just southwest of San Jose, California on a rainy evening. An oblivious driver in a vehicle a short distance ahead of him suddenly changes lanes, without signaling or warning to the young motorcyclist, cutting off his right-of-way. Thereafter, the motorcyclist crashed into the vehicle, and was violently thrown off of his motorcycle and onto the highway. The young-man suffered such extensive injuries that he was flown by helicopter to the nearest trauma facility.

The injured motorcyclist suffered multiple fractures in his hand and ended up needing two surgeries. He was unable to work for months and His medical bills began piling up. He began to feel more and more stress, particularly due to missing so much work. The pain from his injuries, as well as the physical and mental fatigue, began to take a toll on him. He knew that the personal injury aspect of his situation was too much for him to take on. He thus began searching for an experienced motorcycle accident attorney to help him with his case.

The young motorcyclist went on a search for the best motorcycle accident attorney for his case. He came across Sally Morin and her very specialized motorcycle accident legal team. He contacted their office, and immediately felt a load taken off his shoulders. The Sally Morin Personal Injury Lawyers team assured him that they would take everything off of his plate that they could so that he could focus on his medical treatment and getting back on his feet.

Once the attorneys at Sally Morin Personal Injury Lawyers took over his Santa Cruz motorcycle accident case, they worked diligently to minimize his stress. The complexity of his medical bills was enormous due to the number of medical provider he saw, the extent of his injuries and the length of his treatment. However, the Sally Morin Personal Injury Lawyers team was able to organize and get all of his bills covered by his medical insurance.

Next, the motorcycle attorneys at Sally Morin Personal Injury Lawyers turned their attention toward finding out the policy limits coverage information of the at-fault driver. In a case like this with very severe injuries, very high limits were needed to ensure that the young man was compensated fully for the accident. They discovered that the liability limits on the driver’s policy was $300,000. However, they were surprised to find out that he had great health insurance that covered all his treatment at very little actual cost. Thus, although his injuries were severe, it would be difficult to obtain the full policy limits from the carrier, because the young man’s net medical bills were actually a rather small sum – only a fraction of the $300k insurance coverage available. (Note that you are only entitled to recover the amount paid for medical treatment in a personal injury case, not the amount billed, which can be significantly different depending on your particular health insurance coverage.)

Nevertheless, the team worked hard to prepare a detailed and comprehensive settlement letter demanding the $300k policy limits. The insurance carrier adamantly refused to turn over the limits. The Sally Morin Personal Injury Lawyers attorneys did not back down. They fought tooth and nail with the adjuster insisting on payment of the full policy limits. Eventually, their perseverance paid off—and the insurance carrier folded. The $300,000 policy limits was paid.