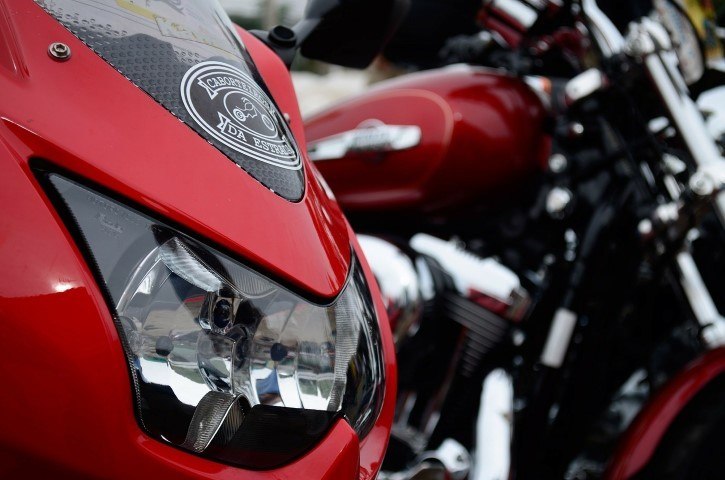 A young dad and military vet was riding his motorcycle down the road in Tracy, California (San Joaquin County) on a September summer day. He had just returned home to his family in July after serving in the US Army for ten years. During his service, he was stationed overseas and fought in the war in the middle east. This American hero was happy to be home with his family and have a regular, stable job managing a local business.

While he was riding his motorcycle safely down the road, he had a clear and obstructed path ahead. As he approached an intersecting street, where vehicles entering the roadway needed to yield to oncoming traffic, a distracted driver darted into his path and cut off his right-of-way. He attempted to avoid the collision, but did not have enough time or warning to do so. He was thrown off of his motorcycle, and suffered serious injuries to his legs, including a severely shattered femur and compartment syndrome in his calf. He was transported to the hospital, where he underwent several surgeries and procedures to save his legs. He remained there for several days, until medical staff decided he was in stable condition to be released home.

The young motorcyclist had a long and painful road to recovery. He was in pain and out of work for several months. He was also faced numerous complications that delayed his recovery—including an additional surgery to his shattered femur almost a year after the accident due to the injury no healing properly. On top of his difficult recovery, the motorcyclist had to deal with the stress of the insurance adjusters calling incessantly and his medical bills continuing to pour in and pile up. He thus decided to find a motorcycle accident lawyer in the San Francisco area to assist him with his case.

The motorcyclist chose to retain the Sally Morin Personal Injury Lawyers team, who quickly got on board to handle and navigate his personal injury case. The team assisted him in every aspect of his claim so that the motorcyclist could solely focus on his recovery from the accident. Although his recovery was a long one—more than a year and a half—the Sally Morin Personal Injury Lawyers team was there throughout the process to minimize his stress and maximize his personal injury case with the insurance carrier.

The barriers in his case did not end with the physical hurdles he had to overcome, but also with the insurance carrier who refused to offer a decent settlement to this young man to compensate him for his injuries, losses and pain and suffering. The motorcycle accident attorneys at Sally Morin Personal Injury Lawyers did not buckle at the challenge and fought fiercely with the insurance to get this motorcyclist a fair settlement. After several rounds of negotiations and a formal mediation, the motorcycle attorneys at Sally Morin Personal Injury Lawyers stuck to their guns and ended up settling his case for $540,000—which was more than double of the insurance carrier’s initial settlement offer. This resulted in the young motorcyclist walking away with over $300,000 in his pocket to compensate him for the accident—a great result for this young American hero!

The Sally Morin Personal Injury Lawyers team works hard to prioritize each and every case it takes on to ease the stress of their clients, as well as advocate fiercely for their clients to ensure they walk away at the end of their case with as much money in their pocket possible. If you have been seriously injured in a motorcycle accident, submit your details for a free case evaluation.