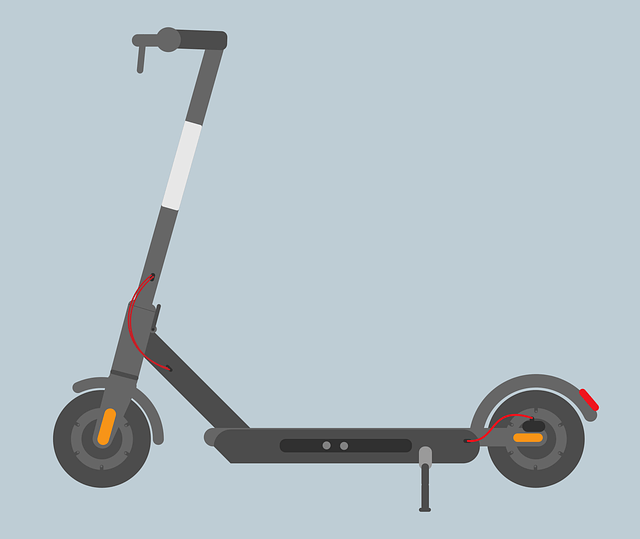 Getting around San Francisco by car can be a bit tricky at times. Finding a parking spot can be even harder. In the past few years a number of interesting urban mobility services have popped with the intention of alleviating some of that stress. By far one of the most fascinating is Scoot Networks. This membership-based electric scooter rental service offers a fleet of cheery red scooters throughout San Francisco for next-to nothing out of pocket. An instant hit among young tech-savvy city slickers, Scoot Networks uses a smartphone app to locate, reserve, unlock, and operate their smart little machines.

But Scoot isn’t just a gimmick. Founder Michael Keating understands the unique challenges of living in a city and sees these electric scooters as “the perfect little city vehicle.” And—judging by the company’s rapid expansion—San Franciscans agree.

Scoot began with a handful of small electric scooters designed to ferry one rider quickly through San Francisco’s crowded streets. These little machines use just 30 cents’ worth of electricity and have a range of 20 miles per charge (that’s 600 mpg!) Scoot Networks has expanded to offer a number of different vehicles to meet the needs of their avid users.

The Scoot Cargo is a large scooter built to accommodate larger individuals. It also has an extended 90 liter cargo box that can hold everything from briefcases to groceries to “30 pints of ice cream” (according to Scoot’s website.) It can also carry up to 390 pounds.

The Scoot Quad is a unique four-wheeled electric vehicle manufactured by Nissan. Basically a “mini car,” the Scoot Quad can carry two people for up to 40 miles per charge using just $1 of electricity and producing just 6% of the CO2 of a normal vehicle.

The Super Scoot is a full-fledge electric motorcycle (license required) that goes up to 60 mph with a range of 80 miles per charge.

This startup began as a test project in 2011 with just 10 scooters and four central locations. Since then the company has rapidly expanded to over 75 locations with over 400 vehicles. But why is the service so popular?

Membership is just $25 to start with a monthly Pro Plan for just $19 which offers deep discounts. Rides start at just $4 per half-hour and Scoots can be rented for just $20 for the entire day. This makes them a much more affordable option than say taking a cab or springing for an Uber Car.

They’re Easy to Use

Scoots (with the exception of the Scoot Quads) can be parked in any legal parking space in the city and at curbside. Plus you don’t need any special license to use them (except for the Super Scoot) because they are not classified as motorcycles.

These little vehicles are easily maneuverable and slip through crowded city streets. Their size makes them a breeze to park well.

Classic Scoots have a range of up to 20 miles on a single charge. Scoot Quads have an extended range of up to 40 miles. That’s more than enough to handle to average commute in San Francisco and plenty of mileage for any daytrip around the city.

While environmental impact isn’t a primary driver behind the development of the service, Scoots only produces 2% of the Carbon Dioxide release by a regular car per mile and use about the same amount of electricity as a toaster!

While alternative forms of transportation like Scoots’ electric scooters will never completely replace the automobile, they offer a glimpse into a brighter future for San Francisco. The city has reached a sort of crisis point in which overcrowding, aging infrastructure, and outdated legislation have forced city officials and residents to change their way of thinking. This can be seen in San Francisco’s multiple re-engineering projects, its adoption of the Vision Zero pledge, and its fervor for smarter, more efficient transportation.

Scoot Networks and other transportation services like it are at once creating and taking advantage of that mental shift. They tap into the needs of San Franciscans and show them that an alternative is not only available but affordable as well. Indeed, these services are painting a picture of a San Francisco that’s cleaner, less congested, and easier to get around for everyone. As a San Francisco motorcycle accident and scooter accident lawyer, this to me is a very important direction for the City to go.