What Are the Steps in a Personal Injury Lawsuit?

If you have been injured in an accident caused by another person’s negligence, you need financial compensation for your injuries.

You may be wondering whether or not the negligent party’s insurance company will offer you a settlement, or whether it will be enough to pay for your medical treatment, lost wages, and your pain and suffering.

While there are good reasons to seek a settlement first, if negotiations break down and the insurance company doesn’t offer an amount that you’re willing to accept, your other option is to pursue damages in a court of law.

In this article, we describe the process of pursuing a personal injury lawsuit to get compensated for injuries.

Determining Whether You Have a Viable Case

​For example, if you were struck by an automobile while crossing the street in a marked crosswalk and were in the hospital for several days, you clearly have a potentially viable personal injury case.

When to File a Lawsuit

Pursuing compensation in a court of law for your injuries and damages resulting from another party’s negligence typically entails substantial trial expenses and higher attorney fees, which are generally subtracted from your award or settlement. The process can also last for months or even years, and carries the risk of losing.

For these reasons, in most circumstances, a lawsuit will be brought only when settlement negotiations with the other party’s insurer have failed to produce an acceptable offer for compensation.

The Complaint and Answer Phase

Your personal injury attorney will submit a complaint to the court in the jurisdiction where the accident occurred, including the following information:

Your complaint is then “served” (officially delivered) to the person or entity you’ve named as the negligent party. They must “answer” this complaint in writing within a given timeframe (usually 30 days from the date of service). The answer document prepared by the negligent party’s insurance company attorneys will include an admission or a denial of liability.

The discovery phase of a personal injury trial is the stage during which you bring forth all of the evidence you’ve collected, including:

Any evidence that may be pertinent to your case should be submitted during the discovery phase. The insurer’s lawyers will likewise gather and submit evidence to refute or minimize their liability.All of this evidence will then be shared by your lawyer and the insurance company attorneys. The discovery process can include deposition (oral questions “under oath”), as well as written questions and requests for documentation, by either party.

Motions are requests submitted by either party to the court in an attempt to get the judge to take action on a particular detail of the case.

For example, the defendant can file a motion with the court asking the judge to dismiss the case before it ever goes to trial. Such a dismissal may be granted if you fail to produce compelling evidence that the monetary award you’re requesting has a viable basis, or that the named negligent party is substantially liable for your damages.

Attorneys for either party typically have 28 days to file a written response in opposition to any motions submitted by the opposing party.

Sometimes it is unclear from the documentation and evidence submitted whether a motion should be granted. In such cases, the judge may schedule a hearing to seek clarification on key aspects of your case. This process can result in a motion being denied or granted, and/or a case being dismissed.

Courts will often order a settlement meeting conducted by a skilled neutral mediator in an effort to avoid trial.

Although the case will proceed to trial if mediation fails, settlement negotiations will commonly continue during the trial, as attorneys for each party come to understand more about the strengths and weaknesses of each side of the case and the likely outcomes. 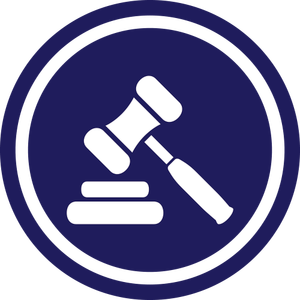 During the trial, the court will attempt to reach two critical decisions:

If the answer to either question is no, you may receive no award at all or the court may order the defendant to pay a reduced amount.

Stages of a Personal Injury Trial

The trial can be broken down into six parts: 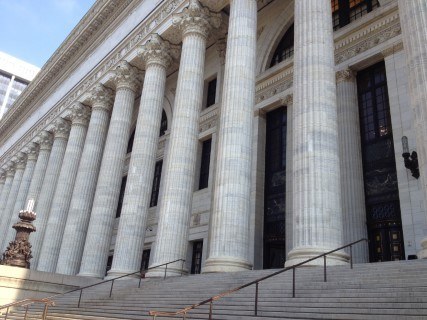 Either party to a personal injury trial may file an appeal, which is a challenge to the court’s decision due to errors in the application of law and procedure in a trial. If an appeal to a higher court is granted, the verdict or the award in your case could be changed, or a new trial ordered.

Likewise, if you lose your case, you may be able to appeal if you believe there was an error in the court proceedings. An insurance company that has lost a personal injury case will often use the threat of appeal to negotiate a lower settlement, even after a jury award.

Typically, the fastest and most reliable way to get the financial compensation you need after being injured in an accident is to craft a powerful demand letter and negotiate a fair settlement with the negligent party’s insurance company, although negotiation doesn’t always succeed.

A free case evaluation with a seasoned attorney can help you get a better sense of the value of your case, the best way to get a reasonable, timely settlement, and the risk and expense as well as the potential benefits of litigation.