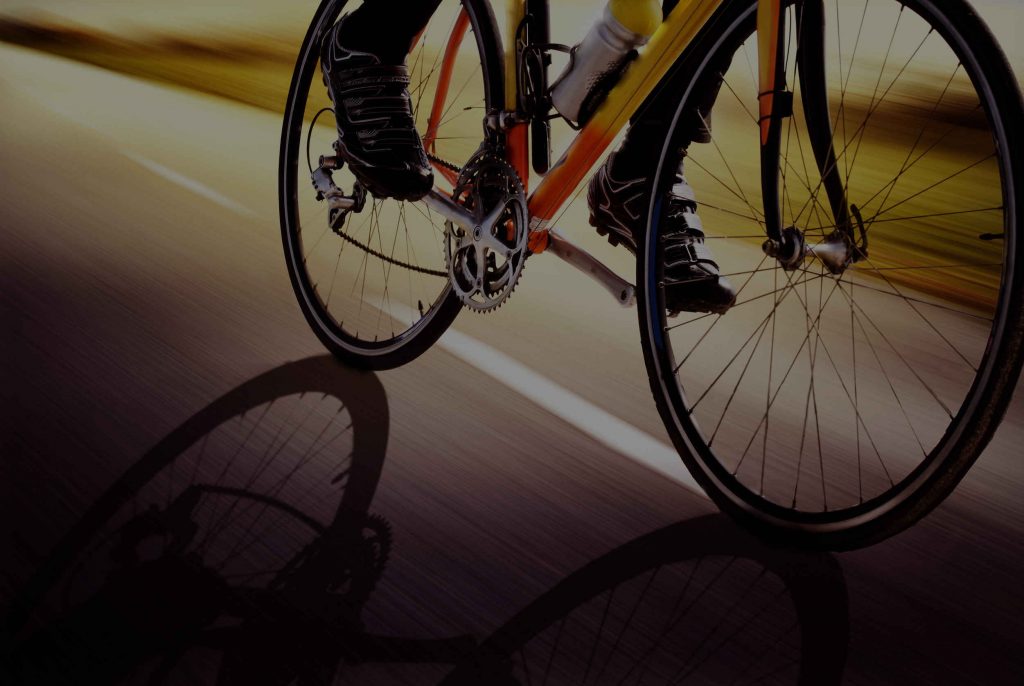 When you get past The Golden Gate Bridge and the copious hills, cable cars are one of the most iconic images of San Francisco. That’s no surprise—some of these lines have been running since the beginning of the last century. In fact, light rail travel has been integral to the growth of San Francisco as a city. There are now over 36 miles of track crisscrossing through city streets carrying nearly 130,000 passengers every day. Those numbers make San Francisco’s Muni the second largest system in California (with LA’s coming in at the top). Trains, cable cars, streetcars—they’re all a part of what make our city unique. But there’s one aspect of modern life that these miles of track do not mesh well with: bicyclists.

When the Bikes Meet the Tracks

Bicycling stats show ridership is on the rise throughout San Francisco (up 9% just this year) with an estimated 82,000 bicycle trips in San Francisco per day. When those cyclists come into close contact with train and cable car tracks it can be disastrous. Rough, uneven surfaces, damaged transitions, and potholes can make crossing tracks an adventure even for the hardiest cyclists. And when San Francisco’s famous fog makes those tracks slick, that adventure often ends badly. Unfortunately, the City enjoys a very broad defense (design immunity) from liability for these track vs. bicycle accident cases. That means you can’t really sue the City (and expect to win) for these MUNI track injury cases.

Flat tires, bent rims, over-the-handlebar spills, cuts, scrapes, and broken bones—they’re all a part of riding through a city so heavily interwoven with steel rail tracks. Thankfully, bicycle collisions with the actual rail-riding vehicles are ultra-rare (probably due to the fact that San Francisco’s Municipal Rail system is one of the slowest in the country with an average speed of just over 8 miles per hour).

But there are a number of things that the city—and cyclists—can do to make these transitions safer for everyone.

Below are a few tools that city planners and cyclists can use to help avoid bicycle accidents in San Francisco. Again, the City is rarely (if ever) on the hook for these accidents, so “cyclist beware!”

Changing the angle of a crossing could prevent bicycle wheels from slipping into the gap between rails and the road. This recommendation was part of the safety improvements suggested by the Federal Highway Administration after studying accidents at railroad track crossings across the country. Right angle crossings also increase visibility (for cyclists and rail car operators) which would decrease the likelihood of a collision.

By filling the gap on either side of train and cable car tracks with compressible rubber, the city could create a win-win situation for rail riders and cyclists. The rubber would allow bikes to easily glide over tracks but the weight of the rail car would compress the rubber and allow the car to safely traverse the intersection. Similar systems are in use (though experimentally) in Chicago. One drawback is that the rubber would have to be replaced on a regular basis due to wear and tear.

Cycle bridges over railroad tracks are nothing new. In fact, bike-friendly European countries have been using bike bridges for years to help separate cyclists from rail and road traffic. Simply ride up and over then drop safely back down on the other side. The major drawback of these bridges is that the initial outlay is costly. They would likely only be warranted at high-volume/high-accident crossings.

In Seattle, the DOT has started using bright arrows at crossings to recommend the safest angle at which to take a railroad crossing. Something as simple and cost-effective as this could prevent hundreds of minor bicycle accidents in San Francisco every year.

It’s not all on the Muni’s shoulders. Cyclists should do their part to stay safe as well.1) Cross tracks as close to perpendicular as possible2) Go slow3) Don’t lean/turn while crossing (which could result in sliding)4) Be watchful for gaps, missing pavements, and sharp objects5) Remember wet surfaces are slippery

As a cyclist myself, I try to avoid the tracks as much as possible, but I know this isn’t always an option. I want you to stay safe on your bike in this City. But if you find yourself in need of a San Francisco bicycle accident attorney, I can help. Fill out this short and FREE case evaluation form to see if you have a case or call us at (415) 413-0033 today.