The Pros and Cons of Fixed Gear Bicycles 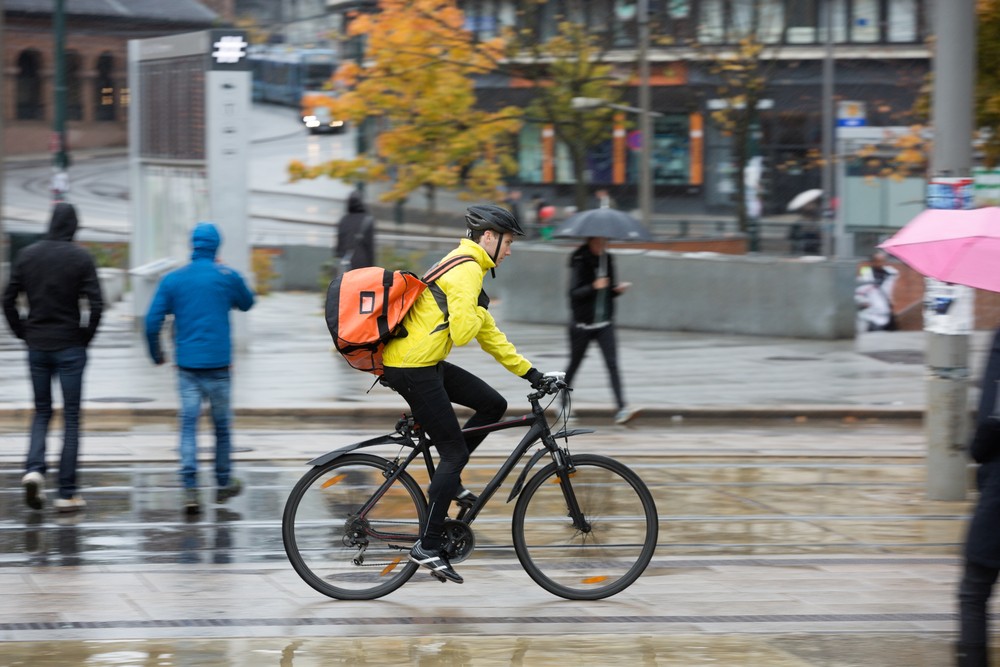 Fixed gear bikes are nothing new. In fact the very first bicycle (a French alteration of the German velocipede) was a simple machine with a pedal-driven crank attached to the front wheel. These types of bicycle lived on into the modern era as racing cycles while more casual cyclists tended to adopt machines with freewheels (the wheel spins independently of the pedals) and multiple gears allowing for ease of travel.

However fixies (as they are called by the very “hip” individuals who ride them) enjoyed a rather rabid renaissance in the early 2000s and bicycle messengers in urban centers throughout the world adopted them as a favored mode of transport. Such bikes allow hassle-free use and aggressive maneuvering (both of which were important to messengers on tight time frames— not to mention, people who want to look really cool).

This popularity has transferred to a new generation of urban riders (such as the Mission Hipsters here in San Francisco) and it looks like fixies are here to stay. However, they are certainly not for everyone. As a San Francisco bicycle accident attorney who sees it all, here is my take on the pros and cons of fixed gear bicycles.

The Pros of Riding a Fixie

Any time you add another level of complication to a machine you add an opportunity for failure. Multiple gears, derailleurs, brakes all fail and can leave riders stranded. Fixies offer simplistic operation and minimize the risk of mechanical failure. These bikes are so basic, it’s almost hard NOT to get one just for that simple fact.

Without all the complicated machinery of a multiple gear bicycle a fixed gear machine can be considerably lighter. This not only makes them easier to operate but easier to carry as well (something most bicycle buyers don’t even think about until they have to hauls their machine up a flight or three of stairs).

Because the pedals must stay in motion constantly, fixies offer riders the thrill of speed and the exhilaration of being in complete harmony with the cycle underneath them. This is one of the main reasons why track cyclists still love fixies even as technology has essentially made them obsolete.

San Francisco cyclists know that the city isn’t really a safe place for bicycles. There are hundreds of bikes stolen every year and some of them can cost a pretty penny to replace. Fixies aren’t all that attractive to thieves because it takes a unique rider to want one in the first place. The resale value is much lower and the chances of getting hung with a stolen fixie are pretty good.

Style does enter into the equation for some riders, but in San Francisco (especially in the Mission District) it seems like this is the number one factor in most riders’ equation. Fixies are sleeker, more elegant, and carry with them a sort of brand identity that riders often use as a fashion accessory.

The Cons of Riding a Fixie

Fixies are harder to ride. Period. They’re harder to get started, harder to maintain a constant speed, require more muscle power, and the rider’s legs must remain in constant motion uphill or down—no coasting! Also, turning sharp corners can cause the pedal to hit the asphalt. Sometimes this can catapult the rider over the handlebars. Ouch!

Fixed gear bikes use the pedal crank to effectively stop. There are no handbrakes on most of them. This potentially makes them more dangerous to cyclists and pedestrians alike. Although you can (and probably should) have hand brakes installed in case the chain breaks.

They’re (Technically) Illegal in Some Places

In order to be street legal in some states a bicycle must be equipped with a braking mechanism. Fixies aren’t (though cyclists can stop using the pedals). However, the way the law is worded could cause riders problems if the officer in question presses the issue.

You May Seem Pretentious

If you’re one who worries about what other people think about you, riding a fixie may come off as pretentious—especially when you’re just starting out. Believe it or not, there are plenty of message boards on the internet in which total “flame wars” have been started between those who ride fixies and those who don’t.

Fixie or freewheel–regardless of what you ride, ride it safely. As a bicycle accident attorney in San Francisco I’ve seen far too many people injured by the carelessness (or recklessness) of another individual. Take the time to learn how to ride your bicycle safely and always wear proper safety gear—it could literally save your life.