Can I Be Held Liable if My Car Is Rear-Ended in California? 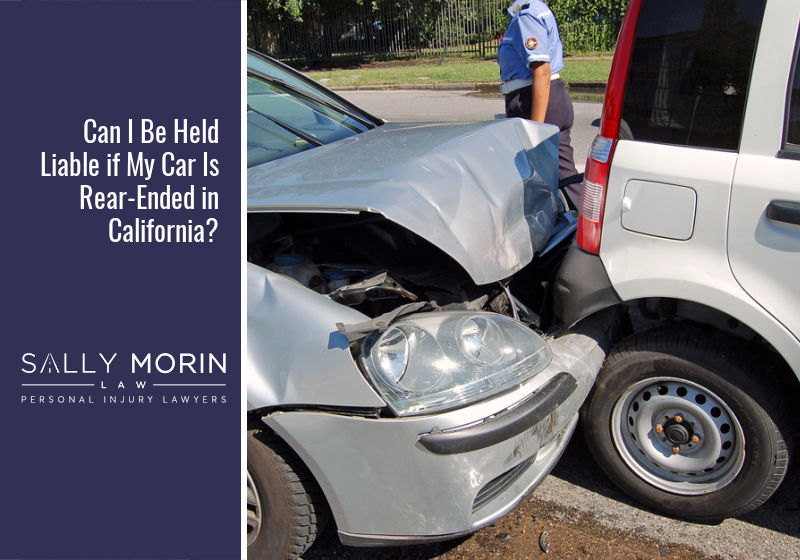 You’ve probably heard that most of the time, a California driver who rear-ends another car is at fault for the crash. But what about the exceptions to “most”?

Not all rear-end car accidents result in total liability for the rear driver. Sometimes the front driver is assigned partial or total responsibility. It might sound strange, but it’s true!

There are some important things you should know about legal liability whether you’re the driver who rear-ended someone or someone else rear-ended you. Your situation might not be as clear-cut as it seems.

Why Liability Varies in Rear-End Crashes

Here in California, all drivers have a responsibility to maintain a prudent following distance and avoid hitting other vehicles. Drivers should stay aware of speed limits, plus take current driving conditions into account and adjust accordingly.

When one car hits another from behind, the rear driver is usually at fault because they were in control of the circumstances just prior to the crash. If the front driver was simply sitting still in a stopped line of traffic, there was probably nothing they did to cause being hit from behind.

But there are many other variations of rear-end accidents that involve other ways of assigning responsibility. For example, imagine a situation where the front car’s driver becomes impatient and makes fast, unpredictable moves in traffic. Maybe they start zipping back and forth between lanes or trying to back up to reach an exit ramp.

If you rear-end someone who’s making unsafe maneuvers like these, that person could be mostly or completely at fault for what happened. A judge or jury might take the view that the rear car’s driver was unable to avoid the crash under California’s emergency doctrine, which holds someone harmless when suddenly confronted by a danger they didn’t create.

Examples of Crashes That May Involve Rear Driver Fault

Here at Sally Morin Personal Injury Lawyers, we’ve seen a wide range of rear-end crashes where someone other than the rear driver was partially or totally to blame. Do any of these examples sound similar to what happened in your accident?

Although it’s hard to say how liability will be assigned in your accident, a car accident lawyer could be a huge help in terms of getting to the bottom of what happened and organizing your case. Your lawyer can help you identify the full scope of the parties involved, locate evidence that supports your story, and pursue the maximum compensation you deserve under the law.

Talk to Sally Morin Personal Injury Lawyers about what happened in your rear-end crash. When it comes to auto accidents, we’ve seen it all. We’re here to listen to your story and help you understand the legal issue of liability.

After your rear-end accident, contact the attorney team at Sally Morin Personal Injury Lawyers. We handle many areas of personal injury law, including rear-end traffic accidents. We believe you should be able to focus on recovering from your accident while we handle the legal details. Call 877-380-8852 today for a free case evaluation.