Determining Liability and Damages After a Head-On Collision in California 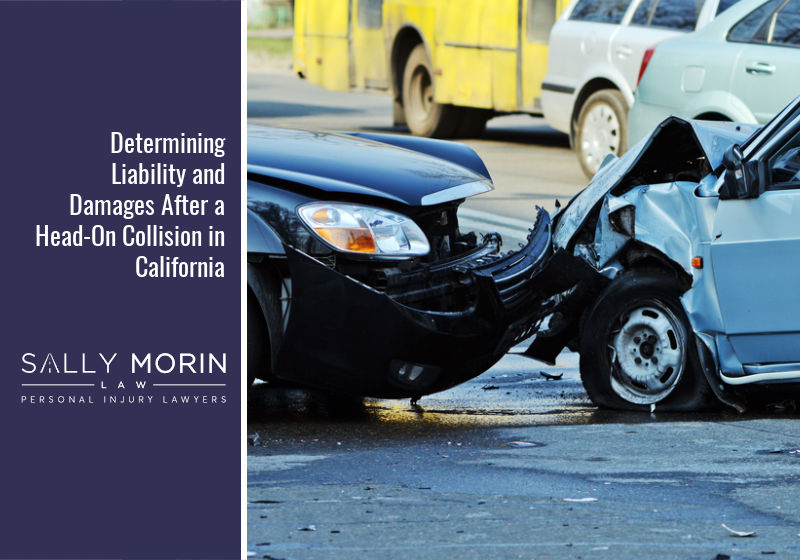 A Southern California head-on collision made national news when both vehicles exploded into flames, killing two people and closing the interstate for hours. One vehicle was a small Toyota sedan and the other was a huge semi-truck towing a dump trailer. The California Highway Patrol said speeding was a factor in this fiery crash.

When you’re fortunate enough to make it through an accident like this, it shakes up your entire life. As you’re trying to heal from your horrific injuries, another issue arises: Who’s at fault? Who will pay for your expensive medical bills and other losses?

Let’s take a closer look at head-on collisions from a liability standpoint. Knowing this information could protect your future and help you make smart decisions after a head-on crash.

A head-on collision is any traffic crash where two vehicles’ front ends collide from opposite directions. Most of these accidents occur on two-lane California freeways that have one lane of travel in each direction, although many also happen on smaller roads with lower speed limits.

Here’s how a head-on collision typically arises. Cars are zooming along, passing slower vehicles, sometimes even tailgating or driving aggressively, and everyone is trying to get where they need to go. All it takes is one frustrated, distracted, drowsy, or drunk driver to cross the center line and hit someone head-on.

When there is no median between face-on lanes of travel, it’s much easier for head-on collisions to happen. On a typical California two-lane roadway, vehicles are sailing past each other at up to 65 miles per hour and one wrong move toward the centerline can bring two vehicles together in a powerful crash.

Most head-on collisions aren’t “accidents.” They’re acts of negligence. As the injured victim of a head-on collision, you’ll be angry about what happened and eager to figure out what caused it.

Common causes of head-on collisions include:

Weather can also be a contributor to head-on collisions. Imagine two cars approaching each other on a winding California highway in the dense morning fog. They’re drifting a little in the fog, unaware of each other until, BAM!

However, bad weather isn’t generally a good defense to responsibility for a car accident. California law requires drivers to take extra caution in bad weather by slowing down or waiting it out.

In some situations, the government or a private company might share some of the blame for your head-on collision. For example, if you hit someone head-on in a construction zone due to a poorly-marked lane, the road crew might hold some responsibility.

How is Liability Assigned in a Head-on Collision?

Assigning liability in head-on crashes isn’t always as simple as it sounds. If someone hits you head-on, it seems easy enough to hold them responsible and get the money you need to pay your costs so you can recover from the accident.

But get ready for a battle! The other person, their lawyer, and their insurance company might disagree with you entirely about what happened in the crash. There could even be something in the police report that seems to support their version of events, not yours. Now what?

A car accident lawyer can help you place the blame where it belongs and pursue the full and fair compensation you deserve for your head-on crash. And here’s some good news: In California, your right to claim financial compensation remains in effect even if you’re partially at fault.

Our state’s comparative fault portions out the blame up to a total of 100%, with each party taking a percentage. Even if you’re somehow found to hold part of the responsibility for what happened, it simply reduces your award by that percentage.

If this sounds confusing, don’t worry. Your car accident lawyer is there to help you understand it all. They can do an investigation, examine what happened, help you weigh your legal options, then help you pursue the path that’s most likely to lead to a positive outcome.

At Sally Morin Personal Injury Lawyers, we offer you a free initial consultation so you can decide what to do next. We also have deep sympathy for California’s injured car accident victims. Let’s discuss your head-on crash as soon as possible and see who’s responsible.

After an injury, contact the attorneys at Sally Morin Personal Injury Lawyers. We handle many areas of the law, including head-on collisions. We believe you should be able to focus on recovering while we handle the legal details.