Self-Driving Cars are Now a Reality in San Francisco 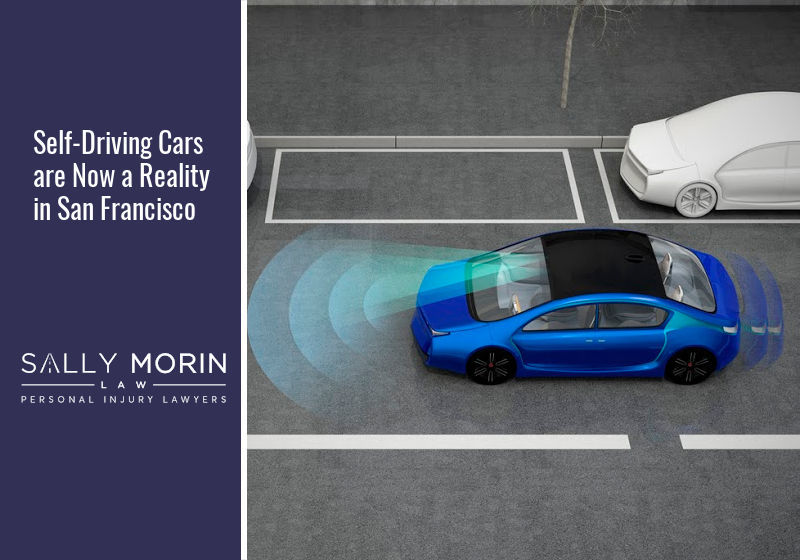 The San Francisco Bay area is the world’s epicenter for driverless car technology. In the past 5 years, big companies like Google, Apple, Waymo, and Uber have made huge strides forward in designing self-driving vehicles, testing them right here on our streets.

You’ve probably seen the news stories about these vehicles. Some stories have been fairly positive, like the San Francisco Chronicle piece about robot cars picking up speed in our city. The CEO of Cruise, the free ride-hailing service, describes San Francisco as the “chaotic, gritty streets” that are helping improve driverless car technology for everyone.

Other news stories have shown the tragic outcomes that sometimes occur with autonomous vehicles. The world was horrified when an Uber self-driving vehicle hit and killed a pedestrian as its human driver watched TV on a smartphone.

So how long will it be before we see fully self-driving cars as a mainstream part of everyday life? The answer seems to be: very soon. Test cars are already on the road and near-autonomous vehicles are now available from at least 15 auto manufacturers.

The Rapid Growth of Self-Driving Cars

Commercially-available driverless vehicles can already do things like steer, maintain speed, stay in a lane, parallel park, sense when to brake, and avoid traffic congestion. But so far, all manufacturers are warning that these are not truly autonomous features because they still require human supervision.

Here in California, most people – including legislators – seem to be welcoming self-driving cars with open arms. Despite nagging safety concerns, California has been at the forefront of new driverless car legislation.

Former California Governor Edmund Brown signed the autonomous-vehicles bill into law, paving the way for self-driving cars to enter the streets of San Francisco. This opened the conversation in our state about many new issues with self-driving cars, including safety and liability.

By 2016, Google’s first self-driving cars were officially classified as drivers by the National highway transportation Safety Administration. However, that doesn’t mean buying a self-driving car shields you from responsibility in an accident.

Under California law, a car’s driver is not freed from liability simply because their car has self-driving features. Injured victims can still pursue personal injury cases against people with self-driving vehicles.

Trends to Watch With Self-Driving Cars

As self-driving cars grow in popularity, certain trends are becoming more noticeable. Here are some things to keep in mind about driverless vehicles.

The Rise of Uber

California is the birthplace of ridesharing and San Francisco is one of the top test markets for driverless Ubers. Uber now has millions of users and drivers, not to mention hundreds of eager competitors. This self-driving Uber trend is expected to continue here in San Francisco and beyond.

Some studies have shown that driverless cars could reduce traffic accidents by up to 90% and save around 30,000 lives per year. However, many safety experts say driverless technology merely gives the illusion of safety. For example, drunk driving could rise due to people over-relying on self-driving technology after drinking.

Pedestrians and Cyclists are at Risk

Pedestrian deaths were already up 35% since 2008 in California, and now we have new risks from driverless cars. In the fatal driverless Uber pedestrian accident we mentioned above, an investigation found that self-driving car technology is sometimes bad at recognizing human behavior like darting movements and jaywalking.

As you can see, self-driving cars are becoming commonplace in San Francisco and it’s causing a cascade of new legal issues, driver responsibilities, and safety concerns. We’re a team of San Francisco car crash lawyers and we’re always keeping a close eye on these emerging trends and what they mean for local people like you.

After a traffic injury, contact the attorneys at Sally Morin Personal Injury Lawyers. We handle many areas of the law, including bicycle accidents. We believe you should be able to focus on recovering while we handle the legal details.

We truly care about the people of San Jose and all of California. Contact us today for a free online case evaluation.