How Is Liability Determined in Autonomous Vehicle Accidents? 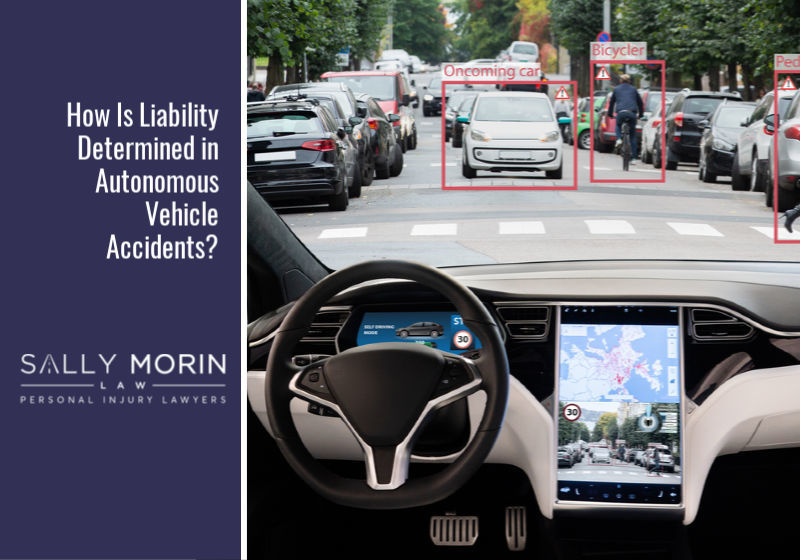 Driverless cars may seem like a thing of the future, but is the future here now? And are we ready for it?

Engineer and entrepreneur Elon Musk believes that we are. He also has plans for even more “superhuman” vehicles than those that have been rolled out in the last few years by Tesla and other companies. But are these cars safe?

Recent fatal Tesla crashes across the country, including here in California, might indicate otherwise. And when a fatal crash is caused by an autonomous vehicle, how do you determine liability?

What Is an Autonomous Vehicle?

Currently, the “autonomous” vehicles on the market are not fully autonomous but rather allow a driver to put the car on autopilot. Anyone familiar with airplanes knows that while a pilot may make use of the autopilot function at times, he or she is still in the cockpit overseeing the flight. Because of this, drivers in these scenarios are still technically in control of the vehicle. Or should be.

When a Tesla Model X crashed in Mountain View, California in March 2018 and killed the driver, investigations showed that the driver received several warnings before the accident, but was most likely distracted by his phone and did not notice them. The BBC notes – in reference to this particular crash – that Tesla’s current autopilot system is classified as a “driver assistance program.” This means the driver is expected to keep their hands on the steering wheel at all times. In this particular accident, the driver’s hands were “not detected on the wheel” before the crash.

In the review of this car accident, the National Transportation Safety Board chairman, Robert Sumwalt stated, “systems like Autopilot cannot drive themselves, yet drivers continue to use them without paying attention.”

Another more recent California autonomous car crash resulted in the deaths of two people in Gardena when a Tesla Model S ran a red light and smashed into a Honda Civic. The Tesla’s driver and passenger were injured and hospitalized. Similar crashes have occurred in other states, and all of them are being investigated to see if Autopilot was engaged at the time of the wreck.

Who Is Liable for Autonomous Car Crashes?

With traditional driving, when an individual is steering, braking and accelerating on their own without assistance, car wrecks are easily linked to human error, recklessness or negligence. Examples would be a driver is distracted on their phone, a driver is speeding, or a driver blowing a stop sign. In these types of accidents, liability is fairly clear cut.

So how does one find fault in a “driverless” car accident? If you are injured in a wreck with an autonomous car, does that mean you can’t pursue a personal injury case?

No! You have options!

How Can I Avoid Autonomous Vehicle Crashes?

With various car manufacturers increasing their production of semi-autonomous and autonomous vehicles, more of these cars are on our streets every day. It is difficult to know which cars around you are autonomous and/or on autopilot. It would also be dangerous to try to figure this out while you are driving. The only sure way to know would be if you were the one driving the autonomous vehicle. In that case, the best way to avoid these accidents is to remember that current technology does not allow you to “check out” while driving an autonomous vehicle.

While full automation may be something offered in autonomous cars in the future, for now, technologies can only assist us at best.

Hurt in an Autonomous Vehicle Crash?

Don’t shoulder the damages of someone else’s mistake, and don’t be afraid to pursue a claim. You have the right to be compensated for suffering you have experienced due to others.

Are you ready to start the road to recovery? As a victim of a driverless car accident, you have rights and can seek compensation from individuals or companies who have caused you injury. Contact Sally Morin Personal Injury Lawyers today for your free case evaluation. Our customer-focused attorneys are experts at getting you the solid settlement you deserve.