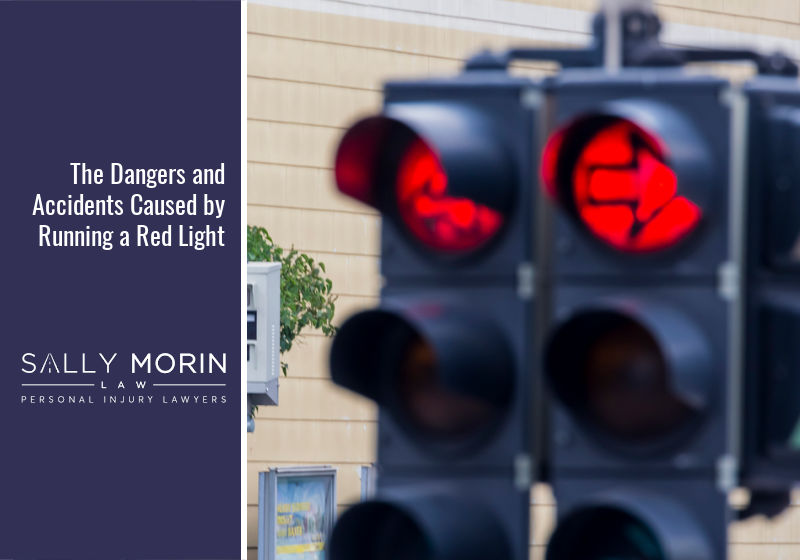 Some of the most dangerous car accidents in San Francisco occur when drivers run a red light. Unfortunately, drivers do this all the time in California due to traffic congestion.

When people are running behind because of traffic or when they get frustrated because they always get stopped at lights, they are more inclined to run red lights and assume it’s not that big of a deal. But it is a huge deal.

Even if the light is still yellow, speeding through an intersection so you don’t get caught at the red light can also be incredibly dangerous because you could still be in the intersection when the light turns green for other drivers. So either way, whether the light is yellow or red, running lights is dangerous and can result in multi-car collisions that lead to multiple injuries and even deaths.

At Sally Morin, we see accident cases involving running a red light all too often in California. Just recently, five people were killed in a horrific Los Angeles car accident when a nurse ran a red light going 90 mph. She ran the light 9 seconds after it had changed and struck multiple vehicles, killing an 11-month-old baby and four adults—one of whom was pregnant.

If you or a loved one are injured in an accident involving a driver who ran a red light, our team can assist you. We understand how devastating the result of red light running accidents can be, and we are dedicated to helping our clients get the help they need. We can ensure your rights are protected and help you get a high-value settlement, as we did for one of our clients who was hit by a rideshare driver who ran a red light.

Don’t hesitate. Reach out to one of our San Francisco Traffic Accident Lawyers today.

The Dangers of Running a Red Light

The problem with running red lights is that drivers often forget just how serious this behavior is because it has become so commonplace for people to run red lights. So instead of slowing down when the light turns yellow, many drivers will speed up to make it through the light. But just because a lot of people do this doesn’t mean it’s okay or that it’s not dangerous.

In fact, speeding through the light is often what makes these accidents worse. If you run a red light by accident while traveling at the speed limit, it’s still not good, but the results might not be quite as severe. But when you purposely try to speed through the intersection to make it through a yellow or red light, you are more likely to hit another car or multiple cars—and when you do this at high speeds, it results in more severe damage and potentially fatal injuries.

Furthermore, not only are you likely to hit other cars when you run red lights, but other cars might also hit you. Either way, it puts your life and the lives of others at risk.

Other common causes of accidents involving a driver running a red light include:

What Happens When You Run a Red Light?

According to California vehicle code 21453, drivers facing a red light must stop before entering an intersection and must remain stopped until an indication to proceed is shown (typically a green light).

Thus, if this law is violated, a police officer who witnesses the act can issue a ticket for a moving violation. California also installs red light cameras at intersections to catch drivers in case an officer is not present to witness the action. If the camera captures a driver running a red light, they will likely be issued a citation in the mail.

And it should be noted that California has the highest fine for running a red light compared to most other states. The exact fine or penalty can vary by city but expect to pay at least a couple hundred dollars.

In San Francisco, running a red light can result in a ticket with a fine of around $500.

When a person runs a red light, they are also considered to be negligent, or negligent per se, according to California law. This means they could be held liable if the other injured parties involved decide to file a claim or a lawsuit against them.

If you are the victim of someone who ran a red light, this means you could file a personal injury claim against the guilty driver to recover compensation for damages, such as medical expenses, lost wages, and pain & suffering.

If you or someone you love is the victim of an accident involving a driver who ran a red light, our team can help you file your claim. Though you might be entitled to compensation, getting the full and fair compensation you deserve is not a guarantee. You will need the help of an attorney to ensure your rights are protected and to provide sufficient evidence to prove fault and win the settlement you deserve.

At Sally Morin Personal Injury Lawyers, our San Franciso Car Accident Attorneys truly care about the people of California. We understand how devastating accidents involving running red lights can be and are dedicated to helping our clients seek justice and win a high-value settlement.

If you’re in the market for a personal injury attorney, life has served you a lemon. You are hurt, mad as hell, dealing with bills and — worst of all — insurance companies. Sally Morin Personal Injury Lawyers is your “lemonade.” Sally and her team will take your case and, with it, much of your stress and anxiety. You can focus on your recovery while Sally fights to obtain the best result possible. She is a consummate professional with extensive knowledge of and experience in this niche area of law. I am a lawyer, and I know enough to know that I shouldn’t try and handle my own claim. I needed someone who understands tort law and, perhaps more importantly, is a master of the art of negotiating with insurance companies. Sally is that lawyer. (She is also patient, compassionate and funny, but hire her for her expertise). Having been through the personal injury process (injury, piles of bills, denials from insurance companies, and so much anger!), I hope you do what I did: focus on healing and let Sally’s firm handle everything else. Take the lemonade option! 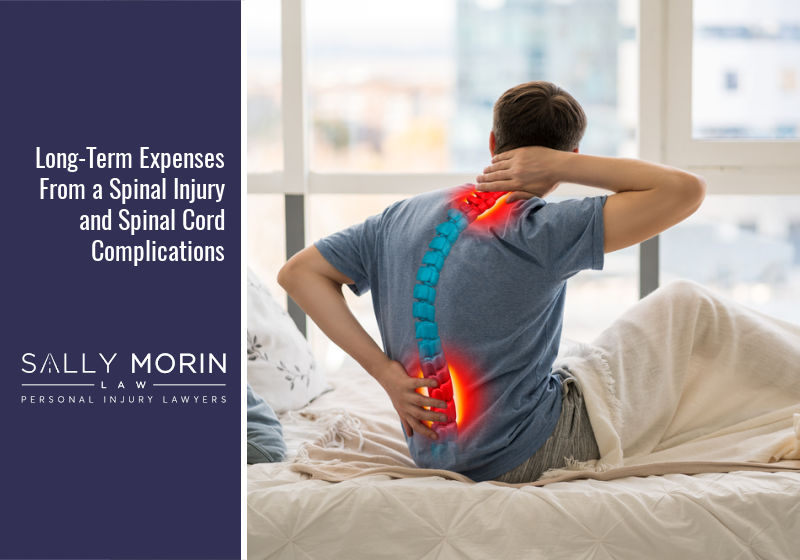 Long-Term Expenses From a Spinal Injury and Spinal Cord Complications

What You Need to Know about the Protect California Drivers Act 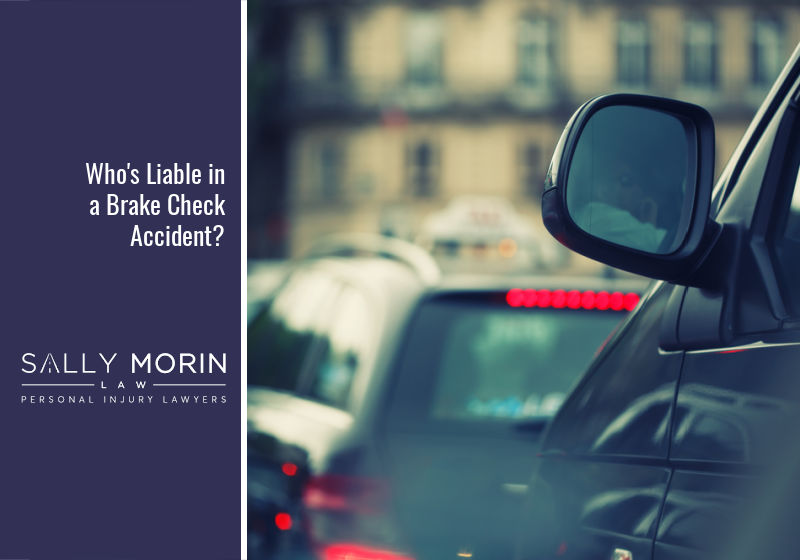 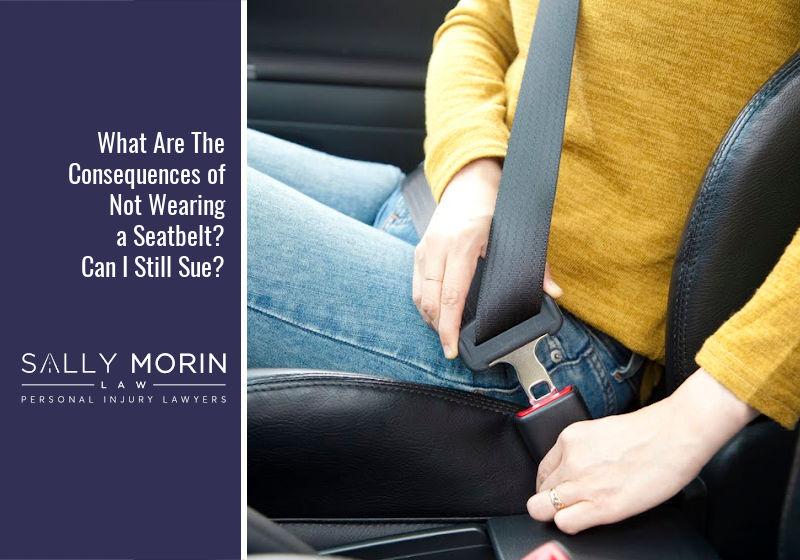 What Are The Consequences of Not Wearing a Seatbelt? Can I Still Sue?