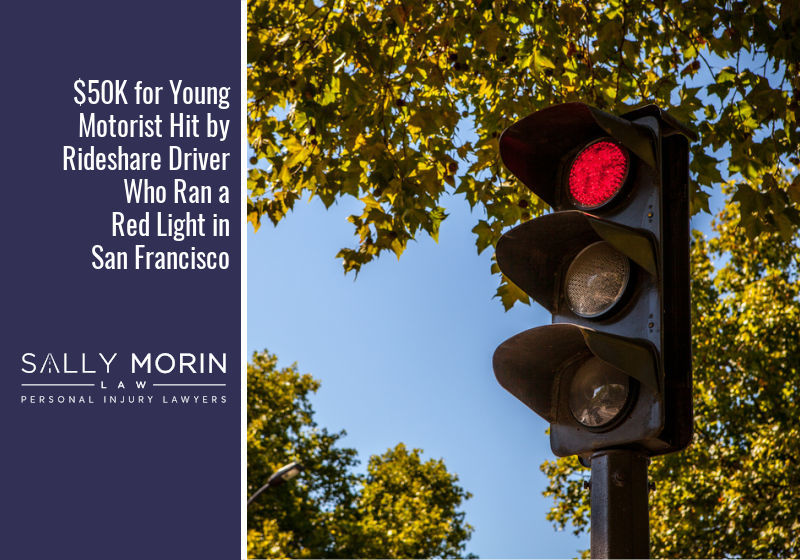 A young San Francisco motorist was stopped at a red light at the intersection of San Fernando Way and Ocean Avenue, waiting for it to turn green. When he saw the green light, he moved slowly into the intersection and BAM! A distracted rideshare driver slammed into his front passenger door.

The young motorist, who was a new father to his first child, luckily had nobody else in the car with him at the time of the accident. His baby was safe at home.

The accident was severe. The force of the impact jammed his right knee up under the steering column of his car, rupturing his ACL and tearing the meniscus in his knee. Suddenly he was facing a painful and difficult ACL reconstructive surgery and subsequent recovery during a complicated situation involving bringing a claim against a rideshare company driver.

As his medical bills began piling up, he had to put off ACL surgery due to issues with his health insurance coverage. Meanwhile, he was out of work because his job as a restaurant manager required constant walking, which he could not do with his injuries.

This young man needed the help of a rideshare accident attorney who could help him manage the claim process as quickly as possible so he could get back to work and move on with his normal life. His family, including his infant daughter, relied on him.

He found the San Francisco team at Sally Morin Personal Injury Lawyers while searching online. He was relieved to see the firm’s experience and track record with similar situations. He hired them and felt great relief at handing over the paperwork, phone calls, medical bills, insurance information, and all of the other details of the personal injury claims process that were foreign to him.

The hard-working legal team at Sally Morin Personal Injury Lawyers immediately jumped on the case, so he wouldn’t have to worry about it and could focus on his recovery. The team even helped this young man coordinate his surgery consultation, working with Medi-Cal to make sure that his medical providers were billing the appropriate insurance.

The Sally Morin Personal Injury Lawyers sent a comprehensive demand letter to the rideshare company’s insurance policy, and after tough settlement negotiations, obtained a $50,000 settlement, which was ultimately about 10 times the cost of his medical bills.

This young dad ended up taking home over half of the settlement funds! That’s the power of working with a legal team that knows exactly how to handle a rideshare negligence case.

Dealing With a Negligent Rideshare Driver

It’s always been difficult to make rideshare companies take full responsibility for their drivers’ actions. These companies have long histories of fighting the law. California’s lawmakers are also scrambling to update the law. Learn the latest here.

For example, Uber and Lyft have had well-publicized incidents with intoxicated drivers behind the wheel. Yet an investigation found that Uber was still misleading the public about safety reports and using an obscure rule to hide information from public view.

There have even been high-profile deaths and injuries from new driverless Ubers, yet the company maintains plans to expand its autonomous vehicle program in San Francisco and beyond. As you can see, rideshare companies tend to do what they want, despite public and legislative pressure!

How Insurance Works in an Uber Accident

Under California law, rideshare companies must require drivers to have auto insurance, which is handled through one of the rideshare companies’ partner policies from Allstate, Progressive, Liberty Mutual, and many others. However, there’s no guarantee they’ll cover your claim.

This might sound strange to someone who isn’t familiar with the ins-and-outs of rideshare accidents, but the timing of your accident matters. If the rideshare driver was essentially “off the clock” and either uninsured or underinsured, you have to pursue your own insurance company or file a personal injury lawsuit.

A rideshare driver is only on the clock at certain times, which is why it matters so much to know which of the following periods applied at the time of the accident.

Period 1: The driver is offline or the app is off.

When the driver is not actively using the app and isn’t working, the driver’s personal insurance coverage applies. You’d need to pursue their auto insurance company, not the rideshare insurance.

Period 2: The driver is available or waiting for a ride request.

Period 3: The driver is en route to pick up riders or is actively driving a passenger.

This is the active period when a driver is en route or driving passengers. Uber or Lyft insurance is $1 million in third-party liability insurance, uninsured/underinsured motorist bodily injury coverage, contingent comprehensive and collision coverage, and up to the cash value of the car, usually with a deductible.

Here’s How to Get Them to Pay Up!

You, as the injured victim, are responsible for collecting and presenting evidence of the crash and your injuries in such a way that it persuades the rideshare company, insurance company, and/or the court to facilitate payment. That’s a huge challenge.

After all, you’re already injured and trying to recover. That’s why you should at the very least have a no-obligation free consultation with a personal injury attorney who is experienced with these accidents and knows which route to compensation could be the most successful.

After an injury, contact the attorneys at Sally Morin Personal Injury Lawyers. We handle many areas of the law, including rideshare accidents. We believe you should be able to focus on recovering while we handle the legal details.

We truly care about the people of San Francisco and California. Contact us today for a free online case evaluation. 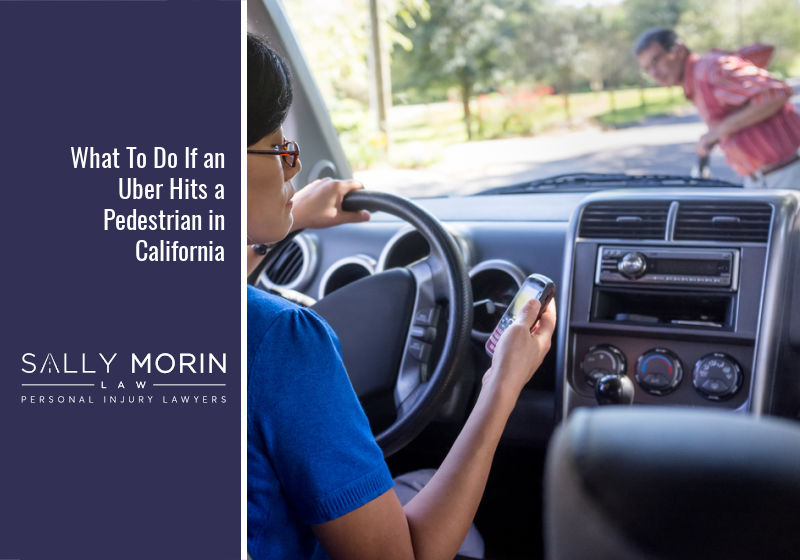 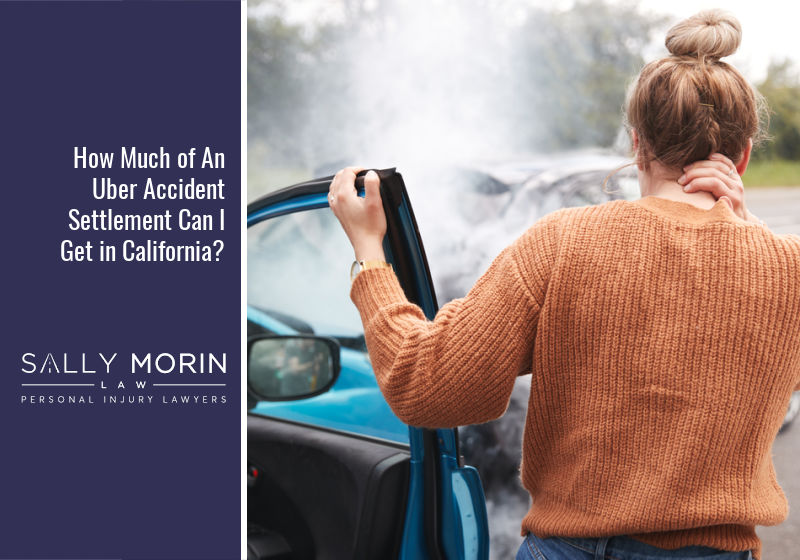 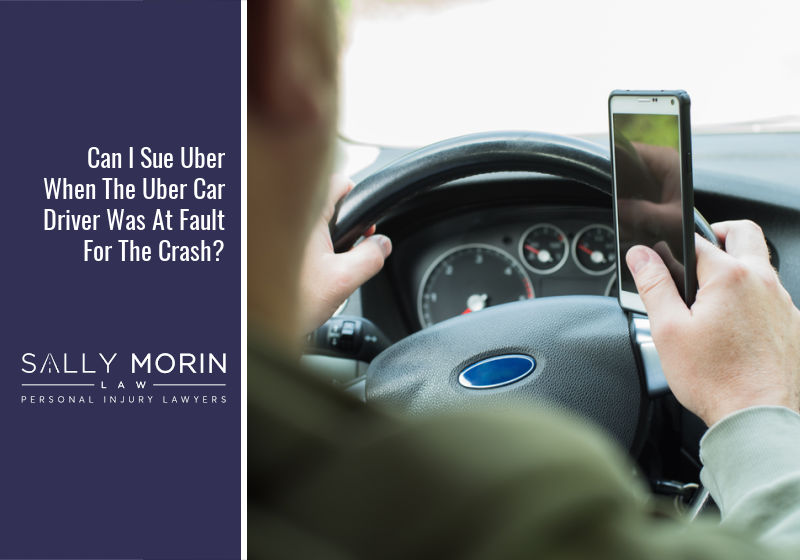 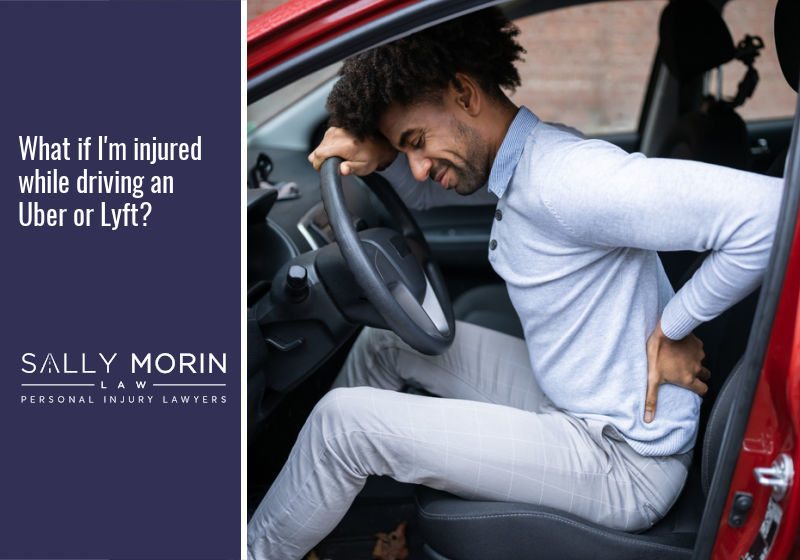 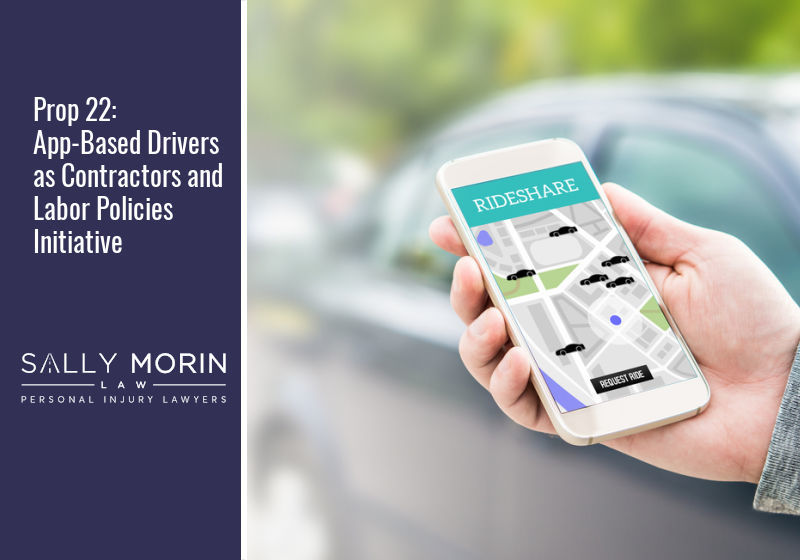 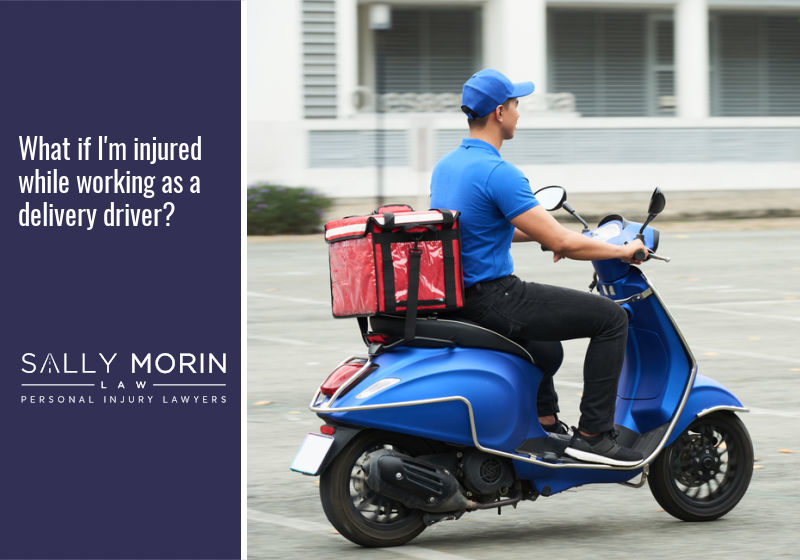