When a Motorcycle Accident in San Jose Makes the News 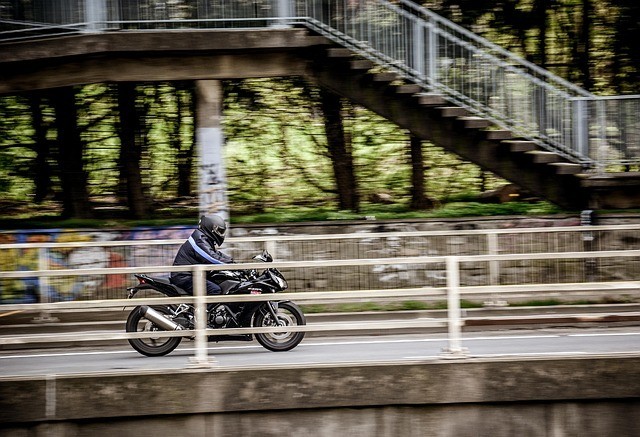 If you ride, your risk of being involved in a motorcycle accident in San Jose is high. But, unfortunately, the press and news media doesn’t really present a fair and balanced picture when it comes to San Jose motorcycle crashes. Indeed, many times the only such accidents that get reported are fatal accidents in which someone (most often the motorcyclists) is killed.

The press loves to latch on to high-profile non-fatal motorcycle accidents (such as those involving riders who were showboating, riders that have committed crimes, or riders that were famous for one reason or another) but the vast majority of everyday riders involved in a  motorcycle accident in San Jose fly under the radar.

Let’s look at a round-up of recent motorcycle accidents in San Jose that have made the news to truly get a handle on what sort of crash truly gets the public eye.

On July 5th of last year two individuals were killed in a fatal motorcycle accident in San Jose along Highway 87 just north of the West Taylor Street off-ramp. Eyewitnesses report that the driver of the bike swerved unexpectedly causing the tire of the bike to rub against a concrete barrier. The bike then collided with the barrier and ejected both the driver and passenger from the motorcycle and over the barrier which separated the roadway from a 30-foot drop. Both victims were killed instantly.

In a fatal motorcycle accident in San Jose, it’s not uncommon for more than one individual to die. In fact, motorcycle passengers are almost as likely as drivers to die in crashes of this sort. In cases such as this, the surviving family members of the passenger can hold the driver (or the driver’s estate in crashes which the driver is killed) liable for the financial expenses associated with that untimely death.

If a driver’s recklessness, carelessness, or willing impairment contributed in any way to a fatal motorcycle crash in San Jose, the law clearly states that they can be held responsible for:

It may be uncomfortable for the surviving family members of victims to pursue legal actions in cases such as this when they know the driver. However, overcoming that awkwardness and realizing that the money isn’t the end goal but the peace of mind it can bring may help ease the process.

On March 13th of this year a 41-year-old man was killed when the motorcycle he was riding collided with a left-turning automobile in Downtown. This type of fatal motorcycle accident in San Jose is one of the most common types of crashes in which bikers are involved. When motorists driving automobiles fail to see or fail to stop for oncoming bikes, there is often nothing the rider can do in time to avoid a collision.

While there were some extenuating circumstances that clouded the investigation into this fatal San Jose motorcycle crash (the bike was reported stolen), these types of failure to yield accidents are clearly defined under the law. Drivers have an obligation to watch and wait for oncoming traffic before beginning left- or right-hand turns. If they fail to do so and another individual is injures or—as in this case—killed, the driver can be held responsible. Sometimes that accountability may extend to criminal charges, fines, and even jail time but more often than not the repercussions are limited to civil legal action and insurance claims. Such legal action can help victims and surviving family members get the just compensation they rightly deserve after a crash—compensation that will help them put their shattered lives back in order.

It’s unclear exactly why the collision occurred but the SUV had stopped for cross traffic moments before the crash. This is yet another reason that motorcycle safety instructors counsel new riders (and veteran’s alike) to “always have an out.” This simply means that a rider should always be scanning traffic patterns ahead of them and constantly be thinking about ways to avoid collisions should automobiles in front of them stop quickly or if cross traffic fails to yield the right of way.

On June 5th a fatal motorcycle accident in San Jose claimed the life of a rider on Monterey Road near Stauffer Boulevard just before 11 in the morning.

Reports show that a northbound tractor-trailer rig was making a right turn from the left lane (due to the size of his vehicle) when a Kawasaki motorbike crashed into the truck. The 20-year-old victim was rushed to a nearby hospital but doctors couldn’t save the man. He died a short time after arriving at the ER.

The police investigation into this deadly San Jose motorcycle crash found no evidence of drugs or alcohol involved but suggest the bike’s rider may not have noticed the truck was turning because it was doing so from the left-hand lane.

On January 31st 2018 a 37-year-old man killed in motorcycle accident in San Jose along Lundy Avenue just after 5 in the afternoon.  David Mojarro was killed after being thrown from the motorcycle during a collision near Chen Street.

An investigation into this fatal San Jose motorcycle crash found that the driver of a Toyota Camry cut across traffic in front of the motorcycle on which Mojarro was riding forcing the driver to stop suddenly. Mojarro laid his motorcycle down but the machine skidded into the Camry with Mojarra following it. He was killed instantly.

Police investigating the deadly San Jose motorcycle crash suspect that the driver of the car may have been under the influence of marijuana at the time.

A June 14th motorcycle accident in San Jose along a busy stretch of 880 northbound claimed the life of a rider just after 1 in the morning. The victim was discovered laying on the roadway moments after the fatal San Jose motorcycle crash by an early morning commuter.

CHP launched a full-on investigation into the fatal motorcycle accident because there were no witnesses to explain how the crash happened. However, it’s suspected that another vehicle (likely a car) was involved.

Why “Everyday” Motorcycle Accidents in San Jose Take a Back Seat

The number of people hitting the streets on two- or three-wheeled motorcycles is climbing with ridership numbers reaching all-time highs. However, that increase in ridership doesn’t necessarily translate into increased acceptance. Indeed, the car culture in San Jose is very ingrained into the collective psyche of the population. Motorcyclists are often seen as members of a fringe element and (consciously or not) deemed secondary citizens on the roadway. They are saddled with a long-standing bad reputation as being reckless and careless. And no matter how many good motorcycle operators there are on the roads, the ones we remember are always the ones painted in a bad light—the ones who speed, who cut in front of oncoming traffic, the ones who pass in no passing zones or weave through cars on the freeway.

But, just because motorcyclists are viewed as second class citizens by the majority of drivers on the road doesn’t mean that the law sees them any differently. Indeed, when a motorcyclist is hurt by the careless actions of a reckless driver, the law is on their side. Getting the compensation they deserve, however, may necessitate hiring an experienced motorcycle accident attorney in San Jose to present their case in a persuasive fashion. Such representation can result in large insurance settlements that help victims recover quicker.

Until we all learn to share the road safely, riders must take their safety into their own hands and be as proactive as possible. That includes being visible before (and after) a crash.

If you or someone you care about was injured in a motorcycle accident in San Jose, please contact us for a FREE online case evaluation to see if we can help.