What Time of Day Do Most Motorcycle Accidents Happen? 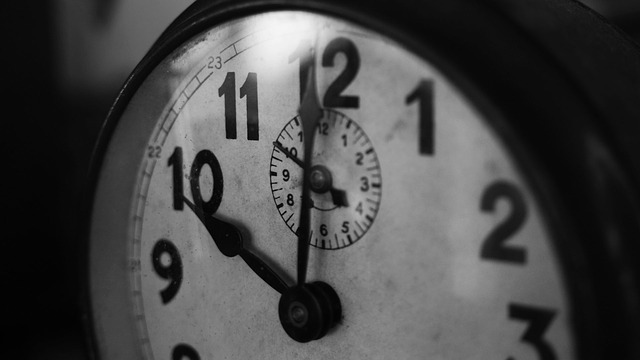 Motorcycle accidents can happen at any time of day. And, in fact, they do. You’re never truly safe when you’re on the road. However, there are certain times of day during which the risk of being involved in a motorcycle accident radically increases. While it’s not always possible to avoid riding during these high-risk hours of the day, you owe it to yourself to be aware of the danger and should do your best to ride more safely while on the road.

When is it Least Safe to Ride?

However, those raw numbers don’t really paint an accurate picture of the danger riders truly face during the weekend. While there are many more overall motorcycle accidents during the week, there is a higher concentration of accidents on the weekend. Indeed, those same NHTSA stats show that in 2015 there were over 2,400 fatal motorcycle accidents over the two-day weekend compared to just 2,556 over the course of the entire week. That’s nearly the same amount of fatalities occurring in just a 48-hour period of time.

What Causes This Deadly Time Crunch?

It’s not enough to know that most motorcycle accidents happen between 3 PM and 9 PM. You have to understand the causal factors behind this grouping of motorcycle accidents. Indeed, this phenomenon is created by a deadly combination of factors including:

Hundreds of thousands of people hit the road on their ways home from work between the hours of 3 PM and 6 PM. In fact, it’s one of the busiest times of day across the country for traffic count on major highways. More traffic means more risk. It can also translate into frustration, aggressiveness, bad decision making, and other dangerous behaviors that increase the risk of motorcycle accidents during this time of day. If possible, change up your commute, so your aren’t riding during rush hour when motorcycle accidents happen more frequently.

But rush hour isn’t the only risk factor. It’s also during this time of day (when the sun is setting and the atmosphere is cooling) that riding conditions can rapidly deteriorate. This window of time is when fog rolls in off the ocean, when rain, snow, and mixed precipitation are more likely to fall when the temperature of the asphalt (and thus its “grippiness”) changes. If riders aren’t prepared to, or aren’t able to respond to these changes they could very well put themselves at risk of losing control of their bikes.

Unfortunately, between 3 PM and Midnight, the number of impaired drivers on the roadway climbs as well. According to NHTSA crash data, the number of alcohol-involved fatal accidents jumps from just under 4,000 between noon and 3 PM to almost 5,000 between 3 PM and 6 PM. That increase remains steady until around Midnight when those numbers begin to decline again. It’s not surprising that the window of time when motorcycle accidents happen in higher numbers coincides with this impaired driver time period. Since this is such a popular time to ride, you likely can’t avoid the road at this time. Just stay vigilant and visible!

This time of day when most motorcycle accidents occur also coincides with the setting of the sun. Aside from speed and operator impairment, decreased visibility is one of the common contributing factors to motorcycle accidents in California. That’s why riders are always reminded to wear bright clothing, leave plenty of space to maneuver between cares, use their lights appropriately, and always assume that car drivers do not see them.

Your Safety is Your Responsibility

In a perfect world, you could simply stay home and avoid motorcycle accidents completely at these dangerous times of the day. But that’s not the way the world works. The next best thing is to understand the contributing factors and the most common causes of motorcycle crashes and what you can do to avoid them.As you can see, many of these types of crashes do involve some aspect of rider responsibility, however, never forget that up to 60% of motorcycle accidents involving automobiles are caused by the driver, not the rider.

As a victim of a motorcycle accident you have rights and can seek compensation from individuals who have caused you injury—regardless of the time of day.

Check out our Motorcycle Accident Page to learn more about how the process works.