Lane Splitting Motorcycle Accident? What to do 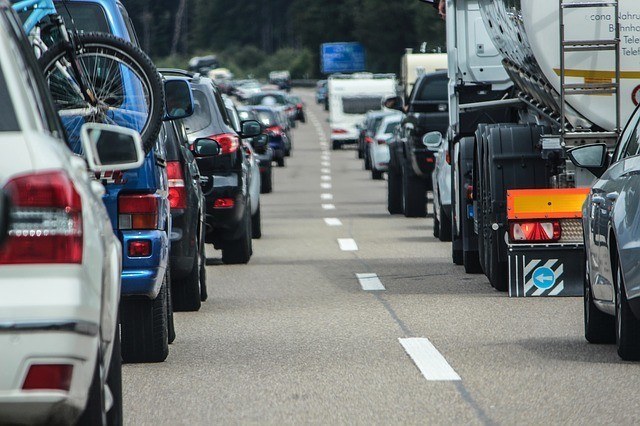 In a lane splitting motorcycle accident the rider is typically injured when a vehicle hits them as they pass by. Mostly, it is because a hurried motorist wants to quickly make an unsignaled lane change without seeing the lane splitting motorcyclist. Even if the rider is convinced that the other driver was at fault, it can be difficult to determine whether a personal injury claim against the driver would succeed. As any motorcyclist knows, there is a very serious bias against motorcyclists by motorists, cops and witnesses.

The law on lane splitting

What makes determining liability in a lane splitting motorcycle accident difficult is the fact that the law concerning lane splitting is not that clear. California is the only state in the U.S. that permits lane splitting, but even then, the law states that it must be done in a “safe and prudent” way. Determining whether an individual motorcycle rider was behaving in a “safe and prudent” way when an accident happened may be debatable and might eventually only be determined by the opinion of the police and / or the judge.

In a few other states, lane splitting is specifically prohibited. This means that if you, as a rider, are injured in a lane splitting motorcycle accident in one of these states that you are unlikely to win a personal injury case, even if you are not charged with any offense.

In most states, there is neither a law permitting, nor prohibiting, lane splitting. This makes a personal injury claim after a motorcycle lane splitting accident potentially possible, but success will depend on the exact circumstances and particularly whether it can be shown that the injuries were caused by another driver’s negligent driving or maneuvering. However, if you are in California, the fact that lane-splitting is legal can be very helpful if you are seriously injured in a lane splitting motorcycle accident.

Motorcyclists (and bicyclists) feel justified when lane splitting because they take up much less room than a normal vehicle. They often also feel less safe behind another vehicle within a lane of traffic, or may feel intimidated by a larger vehicle right behind them. Lane splitting is often a much safer option than riding in the normal lane of traffic. Of course a perk of riding a bike is that your smaller vehicle size allows you to get ahead of the slow moving traffic by using the space between lanes of larger vehicles.

The danger is that drivers may not be aware (mostly because they are not paying full attention) that a motorcycle is passing between them and the vehicle in the next lane. A motorcyclist is most likely to be hit when a vehicle is attempting to change lanes abruptly or moves closer to the line between adjacent lanes without seeing the rider coming up behind. The faster the traffic is moving and the faster the motorcyclist is traveling, the greater is the potential for a serious accident.

Motorcyclists are more at risk of injury than the occupants of a regular car, van or truck

Whoever is at fault in a lane splitting motorcycle accident, there is little debate that the person who is most likely to be seriously injured is the one on two wheels. Motorcycles are inherently less stable in a collision than a vehicle with four or more wheels and the rider(s) are more exposed to injury than the occupants of a regular vehicle. Injured motorcyclists may win a significant motorcycle accident settlement when assisted by an experienced personal injury attorney.

If you are a motorcyclist in California, you know that you are legally able to lane split as long as you do so in a “safe and prudent manner.” It makes sense that you are aware of this and behave accordingly when choosing to lane split. If you are injured in a lane splitting accident and there are questions raised about your conduct, as an insurance adjuster will certainly be doing, the fact that you had shown you were riding as safely and as prudently as possible will help your case, even if it doesn’t guarantee it.

Riding in a safe and prudent way may mean any or all of the following:

If you are injured in a lane splitting motorcycle accident in California by another vehicle, you may be able to prove with the help of an experienced motorcycle accident attorney that the other driver was negligent and liable to pay compensation for your injury. The driver may have suddenly swerved out in front of you or behaved erratically because he or she was distracted by something such as a cell phone.

It may also be determined that you were partially at fault, while the other person was also partly at fault. Because of California’s comparative negligence law, you may still be able to obtain compensation based on a percentage calculation. For example, if it is determined by a judge that you were 20% at fault, your compensation claim will be deducted by 20%, but you may still get 80% of what your claim is worth.

Take care when lane-splitting outside of California

If you ride your motorcycle out of California you should be aware that the rules around lane splitting will not be the same. Check to see if lane splitting is prohibited. Some states have a contributory negligence rule that means that you may not be able to obtain any compensation at all, even if you are only slightly to blame for an accident. Above all, ride defensively and stay safe.

Do yourself a favor and get you FREE online motorcycle accident case evaluation NOW!