Uber vs. Lyft in San Francisco

You might say that ride-sharing was born here in San Francisco.

And two of the leaders of the industry—Uber and Lyft—were started here. And from here they’ve grown—tremendously. It’s now estimated that both ridesharing apps have contributed to a 62% increase in traffic density in San Francisco over the past six years. In fact, one report states that there are 50,000 Uber drivers in or around San Francisco alone and the number of active drivers doubles when the traffic density increases!

So, Uber is popular here in San Francisco and Lyft is the plucky alternative. But not all services are created equal. Price, availability, social consciousness, and safety all come into play when consumers choose their favorites. While Lyft and Uber continue battle for supremacy we, the riders, are left to decide which service is better for us. So which car-sharing app will you click when you need a ride?

The Differences Between Uber and Lyft

Uber was born in 2009 and now operates in over 300 countries worldwide. It completes over 1 million trips per day. Lyft was founded in 2012 and operates exclusively on the national level (in roughly 60 cities). It’s small but growing rapidly. Oddly enough the services that both businesses provide are essentially the same. They utilize unregulated drivers who volunteer their private vehicles as a sort of pseudo taxi service (with all the personal liability and legal entanglements that entails). So what makes them different?

Uber has a variety of service levels and car types to choose from including:

Uber is testing a new service called Express Pool which allows riders to share a ride or carpool (similar to UberPOOL) but requires riders to walk a short distance from their current location to their pickup spot.

Lyft on the other had offers only three:

Lyft also uses a “shared ride” feature that’s similar to UberPool so riders can hail a ride already in use by another passenger if their drop off point is somewhere along the original travel route.

The base price for Uber is just $1 while Lyft charges $1.50. Generally most users find Uber is cheaper but not by much and not in every case.It’s important to note that both companies add additional fees to their base rates and both charge premium rates during prime request hours. These include but aren’t limited to the morning commute and post-work rush hour. Uber caps their “Surge Pricing” at eight times the base rate. Lyft had a similar feature in the past called “Prime Time” rates which were capped at just three times the base rate. However, this feature has been discontinued and is allegedly soon to be replaced by similar functionality.

While on the surface this difference may not seem all that important, if state and local governments continue to attempt to regular ridesharing services like Uber and Lyft as transportation services (similar to taxi cabs), accessibility may become a necessity for doing business in a given locality.

Some of the safety concerns stem from the ridesharing apps’ lack of oversight or lackadaisical approaches to security. One 26-year-old man who has driven for both Uber and Lyft wrote in a Business Insider article that signing up for Lyft was far “too easy,” leaving him to wonder about the company’s safety standards and how well they can really screen their drivers. In fact, his approval to drive for Lyft was processed nearly a week before Uber gave him the green light. When he reached out to ask about the delay, an Uber representative assured him that their initial onboarding process took as long as it did because it was thorough.

However, even Uber’s “thorough” onboarding system wasn’t enough to satisfy the government agency in charge of transportation in London. Uber recently lost its license to operate in the city—the most profitable for the company in all of Europe—over concerns that it wasn’t regulating who was behind the wheel strictly enough.

Here in America—and even closer to home in the Bay Area—Uber isn’t faring much better. Indeed, there have been an increasing number of attacks and robberies here in San Francisco perpetrated by individuals posing as Uber drivers. The problem has become so rampant that the city itself has urged app users to ensure that they’re getting in the right car.

Both apps have responded to criticism over their safety procedures and have created features that are designed to increase passenger security. Riders can now share either their estimated time of arrival (Lyft) or their location and status (Uber) with family and friends on a pre-selected list of emergency contacts.

But those features only help others locate you if something goes wrong. What can you do to prevent potential incidents before they happen?

ABC has created a short list of quick safety tips for rideshare users that includes:

1)  Request a ride from inside—standing on the sidewalk or street could make you a potential target for bad actors.

2)  Check the driver’s rating on whatever app you choose to use.

3)  Get in the right car—check driver’s photos and license numbers against what is listed in the app and never volunteer information (let the driver say your name first.)

4)  Ride in the back seat whenever possible.

5)  Follow your route in a map app on your own phone so you can immediately spot if the driver is straying from the course.

​One recent study found that the number of fatal accidents actually increases by around 3% in a city when Uber or Lyft launches their services. That doesn’t account for all the non-fatal accidents caused by Uber and Lyft drivers.

As a traffic accident lawyer in San Francisco I can tell you that the legalities involved with getting a car accident victim the compensation they deserve can be a nightmare when ride-sharing is involved. This is mainly because both rideshare companies break down each ride into three distinct driving periods.

When the driver is offline or the app is off. There is NO insurance coverage offered by either Uber or Lyft during this period. Therefore, rideshare drivers must totally rely on their own personal insurance when the rideshare apps are offline. Neither ridesharing service offers any sort of insurance outside this “active” driving period. In fact, Uber’s website clearly states that rideshare coverage is not offered, nor is it required to be approved as an Uber driver.

Begins when the driver turns on the ridesharing app and ends when the driver accepts a ride request from a passenger. During this period both Uber and Lyft offer the following bodily injury liability coverage ONLY if the driver does not maintain insurance of this amount or more:

Begins when the driver accepts a passenger ride request and ends once the passenger has exited the rideshare vehicle (or the ride has ended on the app.) During this period both Uber and Lyft offer the following injury insurance coverage for accidents:

While both companies have insurance policies which cover their drivers and passengers for accidents, these policies are contingency policies and only come into play if and when the driver’s personal insurance refuses to pay claims. Since most (if not all) standard insurance policies won’t cover someone using a private vehicle in a “for hire” capacity, victims are often bounced around between companies while medical expenses pile up. There is “Uber partner insurance” that drivers can purchase to offer coverage. However, most probably don’t take that extra precaution, and the rideshare companies don’t require this of their drivers. For more about the differences (or lack thereof) between how Uber and Lyft handle traffic accidents, check out this post.

As a experienced Uber accident attorneys, we’ve helped many victims pursue claims against Uber. Many of these cases have resulted in significant settlements including a $500K settlement for a cyclist hit by an Uber driver in the new bike lane on Oak Street at Divisadero. 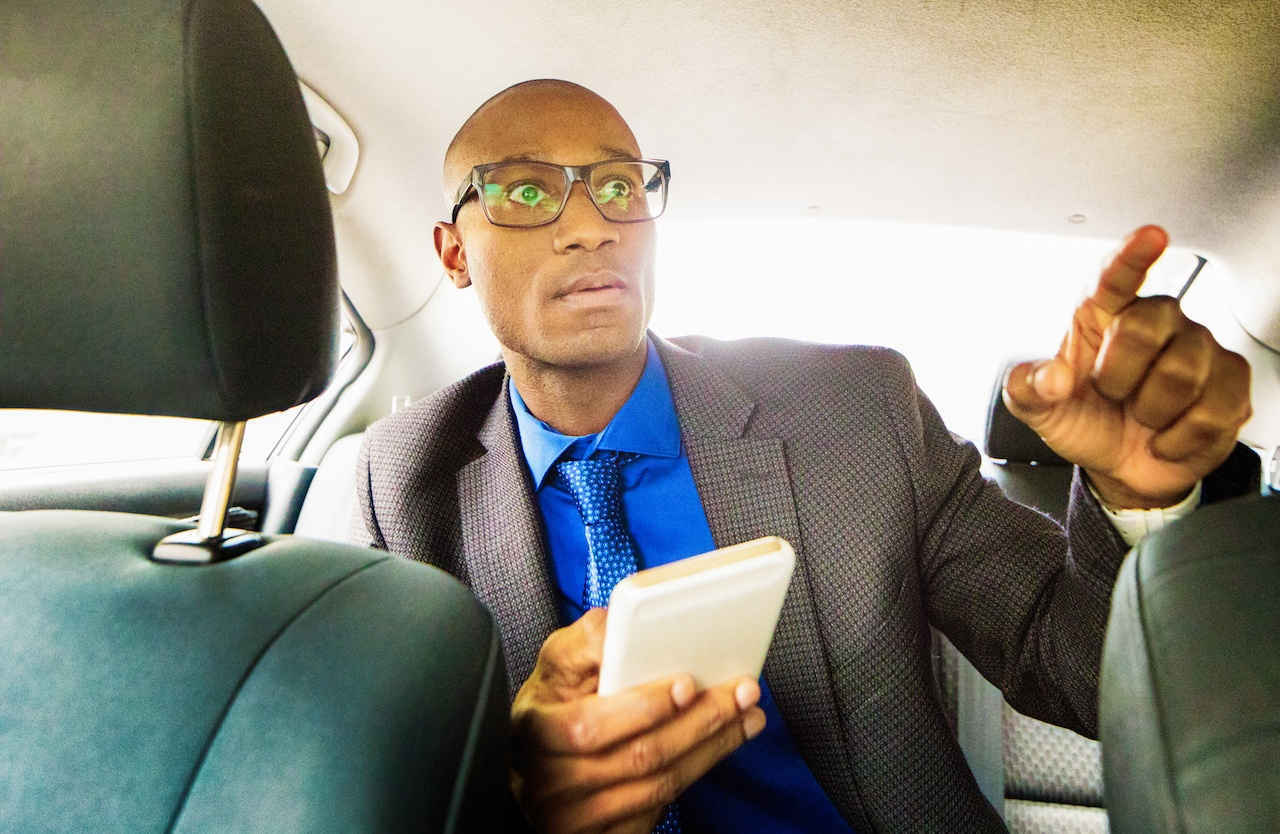 Driver Satisfaction – Lyft May Be Better Drivers, but Uber is Still More Popular with Riders

Lyft has also gone out of its way to highlight its commitment to the drivers. Not only are they paid up to 20% more than Uber drivers, they are invited into a company culture with social media networking designed to create interpersonal and driver-company relationships. Uber drivers on the other hand, tend to make more money overall and enjoy the ease of using the service on a drop-in/drop-out basis.In recent surveys Uber drivers rated their company satisfaction at 85% while Lyft drivers reported a whopping 100%. But what impact does that make on a consumer’s choice? It’s hard to tell. It’s more likely that riders will be influenced by rare but shocking news stories about individual drivers who assault their passengers and hold them hostage than satisfaction surveys.

However, Uber still remains more popular with average users. In fact, the name of the company itself has almost become synonymous with ridesharing. That means, according to one driver who employs both services, drivers for Uber make more money simply because they pick up more passengers.

Multiple scandals have hit the ridesharing world but Uber, being the most notable service, seems to have had more than its fair share. From accusation of sexual assault to price gouging almost any news story you read about Uber has had a bad slant. And, for its part, Uber doesn’t seem to be doing the right things to keep its nose clean.

In fact, in 2017 the company was revealed to have used a secretive program to identify law enforcement officials in order to actively avoid sting operations.

And when it comes to the security of user’s personal information, neither company is in the clear. Both Uber and Lyft have suffered massive security breaches which have allowed personal identifying information to leak from their secure servers (including a single breach in 2017 that exposed over 54 million Uber users).

On top of that, Ridesharing may be contributing to the negative impact on the environment that it was originally proposed to decrease like traffic congestion, parking spot usage, personal car ownership, and emissions.

Lyft May Be Taking a Bite Out of Uber, but the Choice is Still Yours

As of 2018, Uber now has over 41.8 million users in over 600 cities in 65 countries. It’s estimated that in the lifetime of the company drivers have ferried a whopping 10 billion people from place to place—that’s an astounding 12 million trips per day! A big portion of those riders are business travelers. In fact, data collected by Certify.com found that Uber was the most expensed company in The United States (by volume, not dollar figure).

On the hand, Lyft statistics are little fuzzier. Forbes estimated that the company would surpass 29 million by the end of last year (2018) with an average number of rides per year for each user topping off at around 19. This would account for roughly 551 million rides per year—just a fraction of the road miles driven by Uber. Part of this is simply because Lyft’s reach is not as wide. This rideshare is only available in 350 cities around the United States and Toronto.The ultimate choice about car-sharing service is yours. Do you go with the established company that created the industry and offers a wider array of cars and drivers in more places around the world or do you side with the “underdog” which is seemingly more committed to its drivers and still holds on to the sense of fun that inspired the now retired pink mustache?

Hopefully now you can make a more informed choice when you need a ride.

We are a five-star rated, all-female California personal injury lawyer team specializing in traffic accident settlement negotiation with offices in San Francisco and Los Angeles and serving clients all over California. We have been instrumental in obtaining numerous million-dollar-plus recoveries on behalf of clients in a wide variety of injury cases.