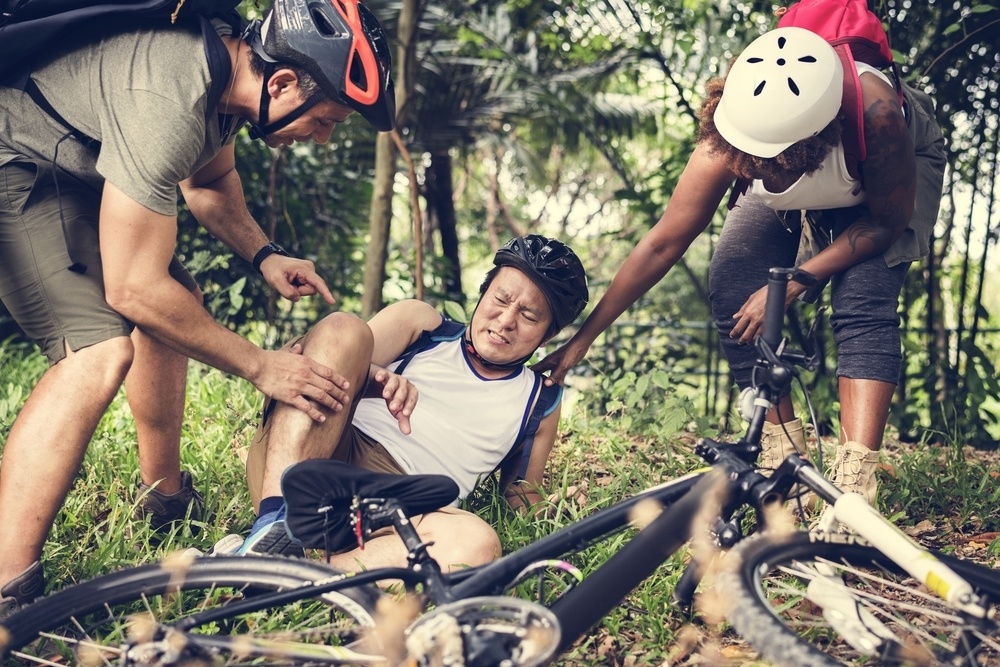 A Colorado tech start-up CEO broke his collarbone when he was cut off by a car while he was riding in a 100 mile charity bicycle ride along California’s coast. San Francisco bike accident lawyer Sally Morin and her legal team provided excellent long-distance representation to get the cyclist a fair resolution of the case.

The cyclist was in California on business, as the CEO of a tech start-up based in Boulder, Colorado. He wasn’t your “average CEO.” He was a highly competitive and thoroughly trained endurance athlete. He participated in several triathlon, long-distance and endurance events (including the Iron Man series and other “extreme” events) each year. While he was participating in a charity bike ride with other companies, he was cut off by a car coming out of a small rural street who tried to make an illegal left turn. Traffic was lined up on the busy street, as the race personnel was controlling the lighted intersections to allow the race participants through without the danger of live traffic. The cyclist was traveling downhill almost to the next lighted intersection (where the race volunteers were holding traffic for the cyclists to get through the light.) He was traveling at approximately 20-25 MPH almost to the intersection. All of a sudden, a motorist (a man in his 70’s in a high-end sports car) abruptly pulled out of his street trying to get through the bumper-to-bumper stopped traffic to make a left turn. However, in doing so, he cut off the right of way of the cyclist (and the pack of bikes that were riding just behind him.) The cyclist slammed on his breaks, but was unable to avoid the vehicle. He was violently thrown from his bicycle—flipping over the car and landing hard on the street. The cyclist suffered serious injuries and was unfortunately was unable to continue on the charity ride.

The cyclist sought reimbursement for his medical expenses he endured as a result of the accident. Unfortunately, the driver’s insurance company decided to play hardball with his personal injury attorney Sally Morin, which led the case into several months of litigation. However, Sally and her team fought hard to protect this cyclist’s interests and get him a fair settlement prior to this case getting to trial, considering that he resided outside the state and was a very busy executive. Fortunately, Sally was able to get this out-of-stater a great settlement of $115,000 prior to trial. Not only did Sally get a great settlement result, she ensured that he would not have to take more and time and money out of his life to travel back to California to relive the traumatic experience in a jury trial. This man was very happy to better focus his time on his diligent recovery from his injuries and his training to get back into the endurance event circuit. He trained really hard to “get back into the game” for his next season and did not want to have to worry about his personal injury case. That’s why he hired San Jose accident lawyer Sally Morin and her team.