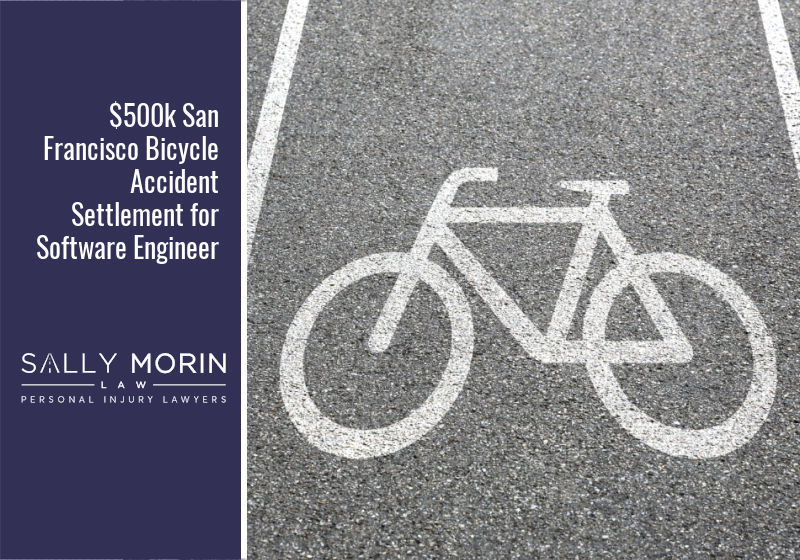 A 27-year-old robotics software engineer suffered serious injuries in a bicycle accident at the intersection of Bayshore Boulevard and Helena Street in San Francisco, California.

The young software engineer was riding his bicycle in a marked bicycle lane when a negligent driver failed to yield and made an unsafe left turn into heavy oncoming traffic, cutting off the cyclists right away. The accident caused the bicyclist to suffer egregious injuries, including multiple facial fractures, broken teeth, and traumatic brain injury. He was thereafter rushed to the nearest trauma center and underwent emergency surgery and intensive care treatment for his head and brain injuries.

The software engineer was in no shape to be handling his personal injury claim on his own. He needed to focus on his healing, and his traumatic brain injury made the paperwork and insurance process overwhelming. His bills began piling up, and he became increasingly worried about his future. The bicyclist knew he needed the help of a San Francisco personal injury attorney, so he hired Sally Morin Law.

Sally and her team had to overcome some tough challenges in the bicyclist’s case. The most notable hurdle was that his health insurance company had a huge lien for reimbursement for the significant amount of medical treatment they paid, which threatened to eat up the whole settlement. However, Sally Morin Personal Injury Lawyers stepped in and aggressively negotiated the lien down over $200,000, allowing for the injured software engineer to pocket a large bulk of the settlement. The Sally Morin Law team also carefully documented the software engineer’s loss of earnings and pain and suffering, to maximize his case value and increase his settlement. Finally, and possibly most importantly, they provided other important value to the bicyclist by alleviating his stress and allowing for him to focus on his recovery and getting back to his life.

The experienced San Francisco bicycle accident legal team at Sally Morin Law obtained a settlement for the full policy limits of $500,000 for the software engineer. This put over $215,000 in his pocket after all fees, costs and medical expenses were paid. The software engineer was delighted to put the accident behind him and focus on his career again, with a sizable nest egg for the future!

From the moment I talked to Sally’s office while in the hospital I knew that I’d found a great firm, and that rung true throughout all my interactions with her and her staff. When I couldn’t afford to pay my physical therapy costs out of pocket they found me a GREAT therapist who would hold off on billing me until the settlement came through. For every additional surgery and setback and struggle I felt fully supported, and secure in the knowledge that Sally and her team were working hard to settle my case quickly, accurately and with the highest regard for my long-term recovery. I truly can’t recommend Sally Morin enough as a lawyer !” – Light E.