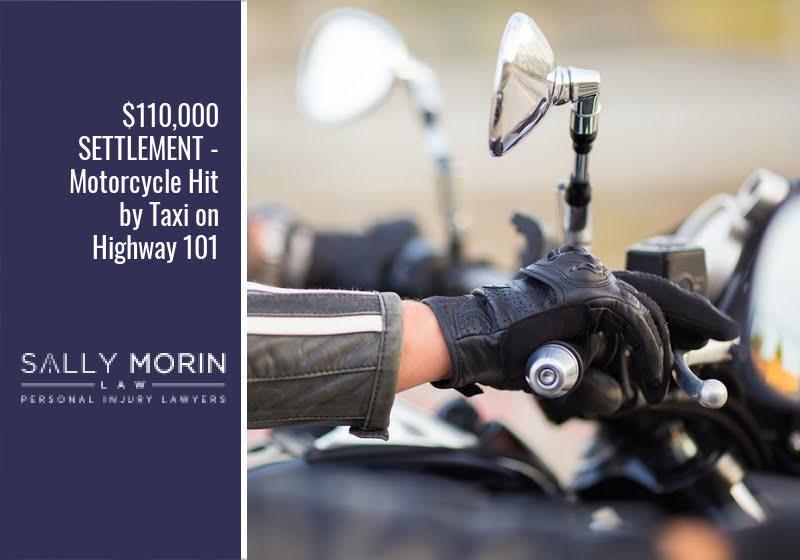 A 23-year-old senior user experience designer and avid motorcyclist suffered serious injuries in a motorcycle vs. taxi accident on U.S. Highway 101 in San Francisco, California. The young professional was commuting home from his office in Sunnyvale, California, navigating rush hour traffic on his motorcycle as he did every day. A Comfort Cab taxi driver in the lane next to him made an abrupt lane change directly in front of the young motorcyclist, causing a serious collision.

The motorcyclist flew over his handlebars and landed on his head on the highway pavement. The California Highway Patrol responded to the scene of the accident, and the motorcyclist was transported to San Francisco General Hospital where he was diagnosed with a fractured right foot after receiving emergency treatment.

After he was discharged and returned home, the motorcyclist grew overwhelmed by the mounting paperwork and the insurance process. After his motorcycle crash, he didn’t know exactly what to do. He knew he deserved compensation for his motorcycle accident injuries, but he also needed to focus on his healing and getting back to work. Realizing he could not handle everything on his own, he hired the San Francisco motorcycle accident experts at Sally Morin Personal Injury Lawyers to take over all aspects of the case. And it’s a good thing he did!

Attorney Rebecca Taylor got to work on the case right away. As usual, the taxi driver’s insurance company proved to be very difficult to work with. They were unresponsive, disorganized, and combative; however, Rebecca and the Sally Morin Law team were persistent in pursuing a solid motorcycle accident settlement. The legal team followed up, again and again, until the motorcyclist’s property damage claim was finally resolved.

Turning their efforts next to his bodily injury claim, Rebecca negotiated until she nearly tripled the opening settlement offer. Focusing on the loss of his active and athletic lifestyle, the experienced motorcycle accident legal team at Sally Morin Law built up the motorcyclist’s pain and suffering claim to obtain a settlement that put over $44,000 into his pocket after all his medical and legal expenses were paid.

The motorcyclist was happy to walk away with no medical debt and a nice deposit to his savings account!

“Earlier this year I was hit by a car while riding my motorcycle in downtown SF. I tried to to figure things out on my own but after all the stress of insurance companies I came on to yelp to find an attorney. This is how I came across Sally Morin, and thank god I did!! They truly cared about my case and fought for me the entire way through. Most importantly, they negotiated my medical and got me the settlement I deserved. They told me multiple times how much of an easy client I was to work with but that was a result of their hard work and communication. Thanks again Sally Morin you helped me make the best out of an unpleasant situation!!!” – David

Check out our Motorcycle Accident Page to learn more about how the process works.