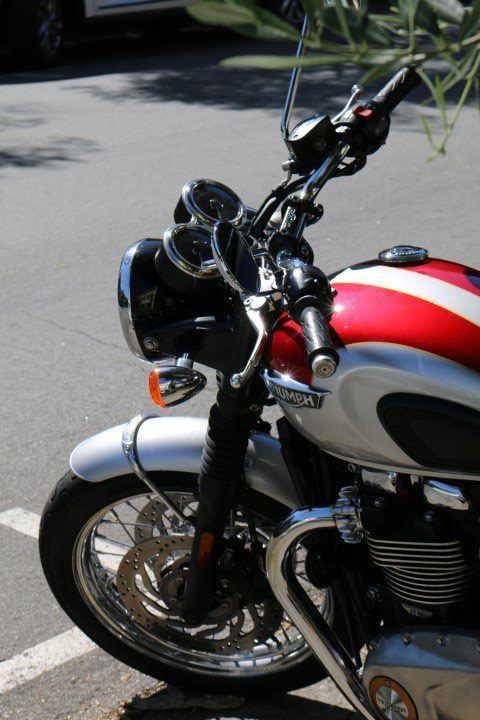 A young man, who worked as a nurse and an EMT in the South Bay, was riding his motorcycle to work on highway 101 during rush hour traffic on a sunny, clear day. He was safely riding his motorcycle between the number one and number two traffic lanes, when a car to his left abruptly changed lanes without signaling and crashed into him. The collision caused him to severely fracture several parts of his body, including his pelvis, collarbone, and sacrum. The impact also caused his motorcycle to be completely totaled.

Emergency personnel responded to the scene of the accident and transported him via ambulance to the emergency department at Stanford Medical Center. He sadly needed inpatient hospital care for several days, and extensive medical treatment for several months following the accident.

The young man contacted motorcycle accident attorney Sally Morin to assist him with his accident claim. Sadly, it was discovered that the driver of the vehicle that hit him had only $30,000 worth of insurance coverage; not nearly enough to cover even his outstanding medical expenses. Despite this hurdle, Sally Morin and her team was determined to fight for a fair result for this young nurse and get him compensation for the losses he suffered due to the accident. The team at Sally Morin Personal Injury Lawyers thus filed a lawsuit against the driver in order to obtain a settlement in excess of the measly $30,000 insurance money.

The police report found the driver to be at fault for the accident, and it was clear from the facts of the accident that the driver made an unsafe lane change and failed to check her blind spot (where the motorcyclist was riding at the time he was hit by the vehicle). Despite these facts, the Defendant driver and her insurance carrier fought hard and refused to accept responsibility for the accident and disputed liability as well as the extent of the young man’s losses. This was an additional barrier that the Sally Morin Personal Injury Lawyers team had to overcome in the case, and another challenge that prevented the parties from settling the case early.

The case was a battle for the Sally Morin Personal Injury Lawyers team and our client, due to the low insurance limits and the hardball tactics used by the defense attorneys to try and intimidate the young nurse into accepting only a small fraction of what his case was worth. Unfortunately for them, their tactics did not work—and we stood by our client and had the utmost confidence that we would get him a great verdict if the case went all the way to trial and was heard by a jury—which we were prepared to do if the defense did not back down.

After several months of litigation, and an unsuccessful mediation (the at-fault driver refused to pay a reasonable amount above the $30k insurance money) the Sally Morin Personal Injury Lawyers team geared up for trial. Despite there being several attorneys on the defense’s team, we stood our ground, did not back down, and fiercely fought for our client and his case. The relentlessness paid off—and we ended up being able to settle the case out of court, seven weeks before trial. We were able to more than quadruple the initial settlement offer of $30,000, getting the at-fault driver to pay almost $100k out of her own pocket. Additionally, we worked hard to negotiate a very large reduction of our client’s outstanding medical lien; enabling our client to walk away with more in his pocket from the settlement funds in order to compensate him for all of his out of pocket losses.

The San Jose motorcycle accident attorneys at Sally Morin Personal Injury Lawyers are zealous advocates for our clients and have their back throughout the whole personal injury process. We will make sure that your interests are protected and that you are getting the best settlement result possible for your motorcycle accident case!