LA’s Deadly Streets and Distractions:  A Recipe for Disaster 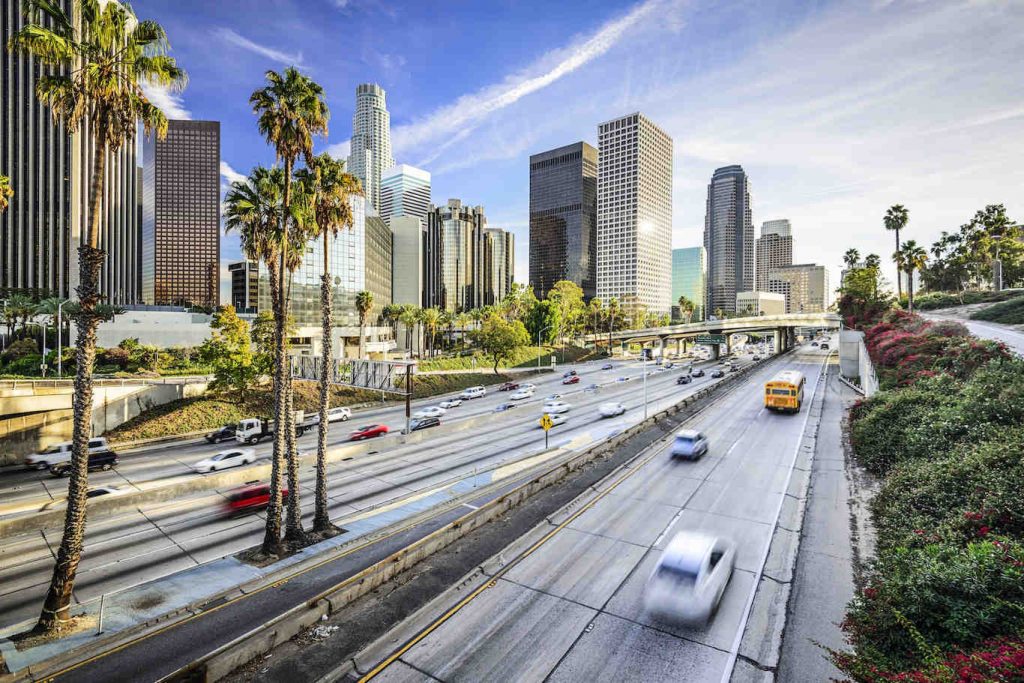 Los Angeles was built for an era long past. The layout of many LA streets simply doesn’t take into account modern auto and foot traffic. The Los Angeles population has now peaked above 4 million people and cramming everyone into outdated traffic patterns, narrow roadways, and inherently dangerous intersections is a recipe for disaster. That’s a truth that far too many families find out the hard way. Every year there are roughly 30 people killed in pedestrian accidents in Los Angeles and another 80 more suffer serious life-threatening or life-altering injuries.

While much of the blame must land on the shoulders of careless, reckless, or distracted drivers, a recent court case proves that sometimes it’s the streets themselves that are the danger.

The Most Dangerous Streets in Los Angeles

There are dozens of streets and intersection throughout the city that are inherently dangerous to both drivers and pedestrians. Dangerous traffic patterns which create choke points or place foot traffic and auto traffic on a collision course are par for the course in LA’s outdated architecture. But it’s really only a handful of roads that pose the greatest risk.

In fact, 65% of the fatal and serious injury pedestrian accidents in LA happen on just 6% of the city’s streets.

But can street design really be to blame?

One intersection in San Pedro was the subject of a contentious court battle recently which ended with a landmark $23 million ruling for the surviving family members of a prominent scientist. The victim, Thomas Guilmette, was struck and killed by an automobile while on his way to work in 2013. The intersection in which he was killed had a long history of collisions and was put under review by the city in both 2001 and 2009. The major safety issue in question was traffic turning left with obstructed views and no proper stop signal. However, both times the city passed on the chance to improve the intersection.

The large verdict was reached by a sympathetic jury partly because the city had an opportunity to fix the issue and failed.

Similarly, streets like Venice Boulevard and the intersection with Robertson Boulevard in Culver City have come under scrutiny recently. Safety advocates say they are inherently dangerous and need to be rebuilt. LA says drivers are still to blame.

And they may both be right.

Regardless of how poorly a street is designed, drivers must take responsibility for their actions (or inactions). And we are failing.

The number of accidents caused by drivers breaking traffic laws (by speeding and failing to yield) combined with those caused by distracted driving are exploding—helping to drive this devastating trend of fatal pedestrian accidents on LA streets. Deaths are up 25% over the past 6 years (35% in 2015 alone). But are we willing to make necessary changes?

Most of us can agree that speeding or cutting pedestrians off is not only illegal but bad form as well. However, when it comes to distracted driving the opinions of those behind the wheel isn’t so cut and dry.

While a concerted effort nationwide has increased awareness of distracted driving caused by texting, texting isn’t the only distraction drivers face. While high-profile crashes have shined attention on apps like Instagram (which users can install an add-on which shows their current speed) some of the newest (and most persistent) distractions inside our automobiles were designed to make our drive shorter, safer, and more enjoyable.

Search your mobile device’s app store and you’ll find hundreds of programs designed to be used while driving. These apps, the New York Times says, are behind the biggest spike in traffic deaths in 50 years. Deborah Hersman, former chairwoman of the National Transportation Safety Board, says that hands-free interfacing does not equate to increased safety. “it’s the cognitive workload on your brain,” she says. “That’s the problem.”

Recently city councilors decried the rise of mobile applications like Waze that distract drivers and increase danger levels on residential city streets just so individuals can shave a few minutes off their morning or afternoon commute.

But these apps are still extremely popular and that’s partly because our attitudes need adjustment.

Pedestrians Are Not Obstacles

We’re all pedestrians at one time or another. And, when we get behind the wheel, we have a responsibility to protect people on foot.

When distraction or reckless behavior contributes to crashes, drivers should pay. And regardless of any criminal charges filed, victims have the right to compensation.

If you’ve been seriously injured by a distracted driver, contact Sally Morin Personal Injury Lawyers. Sally and her team of Los Angeles pedestrian accident lawyers have been helping hard-working victims like you get the money they deserve both in and out of court for two decades.