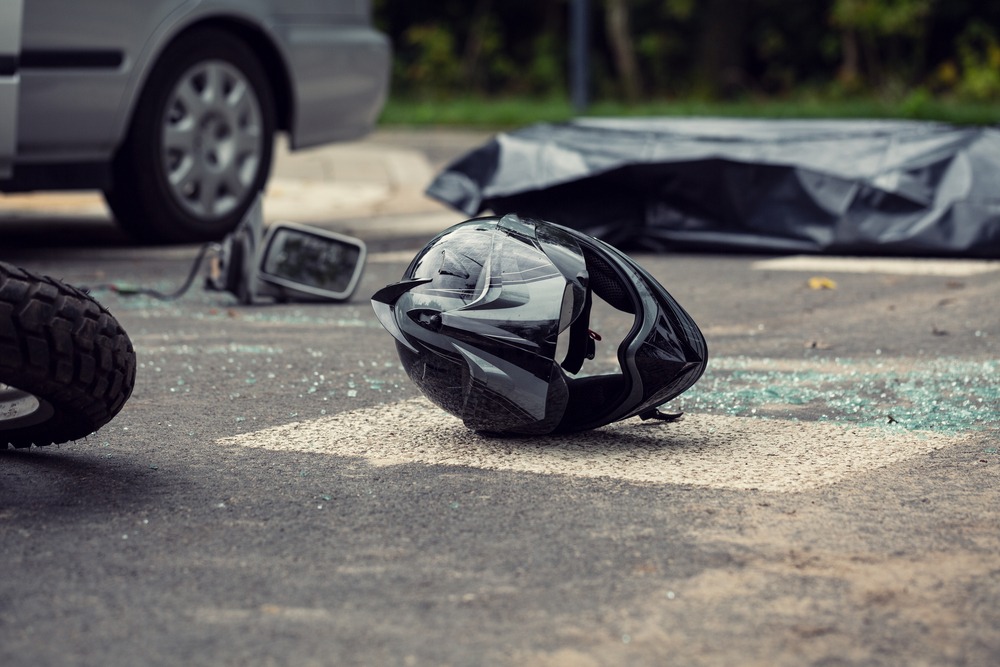 A 32 year old music instructor was on his motorcycle, stopped at a stoplight at the intersection of Oak and Lyon Streets in San Francisco, when a school bus rear-ended a vehicle with such force, that it was pushed forward by the bus into our client’s motorcycle. He was pushed forward across 2 lanes, before colliding with a parked vehicle. The motorcyclist was transported by ambulance to the San Francisco General Hospital emergency room, where he was diagnosed with a broken clavicle and sprained ankle. When he continued to experience pain and was unable to stand on his hurt ankle, he was finally diagnosed with a fractured ankle. He eventually had to get surgery on his ankle, did physical therapy and eventually recovered from the motorcycle accident.

Once the motorcyclist realized he would need surgery for his injuries, he knew his accident was serious and he needed a motorcycle attorney to help him get the money he needed for his medical treatment.

He was a music teacher in San Francisco with no health insurance. How was he going to pay for his exorbitant medical bills? San Francisco General Hospital was already sending him collection notices, as were the ambulance and medical group billers. Once he hired Sally Morin, her team immediately contacted the collections people and got them to hold off on their collection efforts and to stop contacting the motorcyclist who badly needed to recover from his injuries.

After his injuries stabilized, the motorcyclist relocated out of the San Francisco Bay Area. The last thing he wanted was to be dragged into a long drawn out legal battle in San Francisco, hours from his new home. Understanding that the client wanted a quick and clean resolution of his motorcycle accident case, Sally and her team of personal injury experts optimized the case value and pushed it into a solid settlement just a couple of months after the client moved out of State.

Sally and her personal injury legal team were able to get the motorcyclist over $200,000 in the end. Despite his high medical bills, he ended up getting his medical bills paid for through the settlement, his legal fees taken were care of and he was left with a large chunk of money to help his family start their lives in their new home outside of California. This is just another example of why Sally loves being a San Francisco motorcycle accident lawyer. If you experience a traffic accident in San Francisco, contact us to see if we can help.