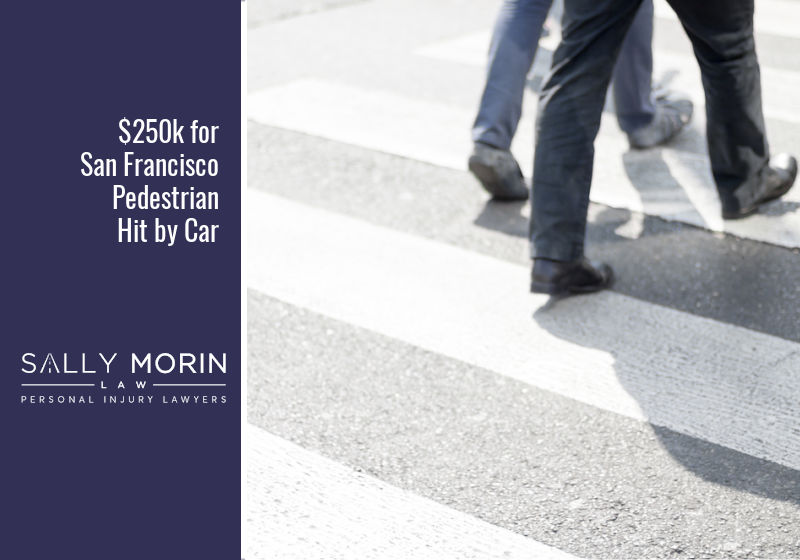 A 27-year-old photographer and associate creative director was walking home from work on a beautiful spring evening. He crossed the street in a crosswalk with the right of way at the intersection of Utah Street and 16th Street in San Francisco when he was hit by a car. The young man was thrown onto the windshield of the car headfirst and then slammed down onto the pavement. The impact of his body cracked the vehicle’s windshield.

Traumatic Brain Injuries are Serious for Pedestrians Hit by Cars

He suffered a traumatic brain injury (TBI) as well as a shoulder and knee injury. He was in serious pain and knew he needed help, but also struggled to organize his medical bills and a possible insurance claim due to the side effects of his brain injury. He and his family called the San Francisco pedestrian accident attorneys at Sally Morin Law to get help. The driver did not have enough auto insurance, and the young man was having difficulty with his health insurance, he was overwhelmed by all the paperwork and the process, and he needed to focus on his recovery. He was unable to work and losing income, and the side effects of his TBI were disrupting his entire life.

Sally and her team took over the case, and settled the claim against the driver quickly. They organized the medical bills, and started working with the young man’s health insurance to get everything paid correctly. Unfortunately, the young photographer needed surgery on his knee, so the team monitored his progress while they built up his case to tap into the young man’s Under Insured Motorist coverage (UIM).

Pedestrian Accident Injuries Can Be Covered Under Your Own Auto Insurance

Even though the young man was a pedestrian at the time of the accident, Sally and her team were able to make a detailed demand to collect the full insurance policy limits from both the third-party driver and the young man’s underinsured motorist insurance – a total of $250,000. Many people don’t know that you are usually covered by your own auto insurance if you are a pedestrian hit by a car or even a bicyclist hit by a car in California.

Sally and Her Team Maximize Their Client’s Take-Home Money

Sally and her team were able to maximize the case value to increase the settlement, negotiate significant decreases in his outstanding medical bills, alleviate his stress and allow this bright young and creative photographer to focus on his life.

After almost two years of hard work, and having paid all outstanding medical expenses and legal fees, the young man walked away with over $155,000 in his pocket. He was incredibly grateful to Sally and her team at Sally Morin Personal Injury Lawyers and felt like he could finally move forward with his life.

I never in a million years thought that I would be in a pedestrian accident, so I was completely overwhelmed when 1) it happened and 2) I had to immediately start attempting to understand the insurance process that goes along with it. I started researching online what to do, and I realized that I didn’t have time and wasn’t well equipped to handle these companies at all. In the end, I started looking for personal injury attorneys and came to Yelp and saw this law firm, which was such an incredibly lucky thing to happen. Outside of keeping them in the loop whenever I had another medical bill, I really didn’t have to do anything. Their positive attitudes definitely put me at ease for the entirely of my recovery and the insurance claim process. Thank you guys so so much. – Erin M.

Check out our Pedestrian Accident Page to learn more about how the process works.