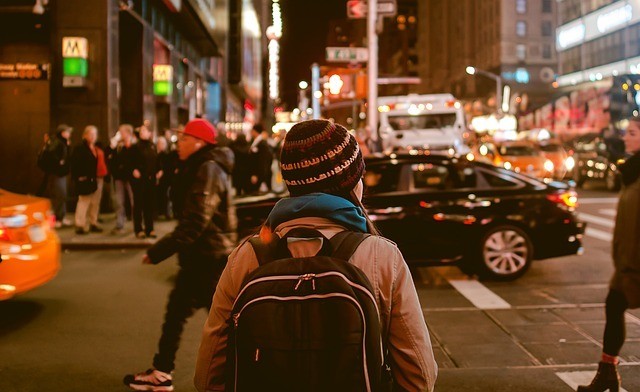 Pedestrian Deaths in Los Angeles Up 25%

These traffic stats fly in the face of accident trends across the nation (which are decreasing for the most part). But, that’s to be expected. California as a whole is statistically more dangerous for pedestrian personal injuries than just about anywhere else in The United States.

The dramatic spike has safety advocates and police officers struggling to keep up. LAPD Valley Traffic Division Detective William Bustos told the LAist last year that there were far “too many” deaths caused by avoidable pedestrian accidents in LA. He reiterated the city’s commitment to Vision Zero and stated that “Our goal is to have zero” fatalities.

But can any amount of extra policing really stem the rising tide of deaths on city streets?

Some people have blamed the dramatic population increase in LA for the rise in accidents of all sorts in and around Hollywood. But even as our population has crested 4 million people, that increase is really quite small when compared to historic figures. It translates into an increase of just 6% in the last 6 years.

With more people come more cars and while it’s true that there are more cars on the streets than there were five or ten years ago the increase in pedestrian personal injury accidents in LA is outpacing new registrations and population growth combined.

It may be more accurate then to say that streets are simply becoming more dangerous—especially for people on foot. As a Los Angeles personal injury lawyer, I see this firsthand. In most automobile collisions, the driver of the vehicle is at fault. They also rarely suffer serious injuries. The same can’t be said for the pedestrians they run into.

The top contributing factors to auto vs. pedestrian accidents point the finger at aggressive or out of touch drivers. LAPD crash statistics show that the number of drivers who strike pedestrians while speeding, ignoring traffic signs and signals, or simply failing to yield to pedestrians in the roadway has exploded in recent years and accounts for the vast majority of collisions involving serious injury and death. This is likely due to cellphone use while driving, which we see in so many of our personal injury accident cases.

These types of avoidable pedestrian accidents in Los Angeles leave dozens of families broken, struggling to survive financially, and emotionally drained. But what do the at fault drivers get in return?

Drivers Should to Shoulder the Responsibility

At fault drivers often get off with a slap on the wrist. Most never face serious criminal charges. Instead they pay fines, lose their license for a few months, or undergo mandatory safety training. Those punishments are nothing compared to the physical, emotional, and financial stress suffered by the victims in these terrible crimes.

When anyone gets behind the wheel they have a duty to drive safely, obey traffic laws, and always watch for pedestrians. And while there are cases in which collisions are unavoidable, the majority of pedestrian “accidents” in Los Angeles are actually traffic crimes. The media may not like to use that term but from a personal injury attorney’s perspective that’s exactly what these collisions are.

What Victims Can Do

Victims have the right to fight back—regardless of whatever criminal penalties are levied against at fault drivers. California law explicitly makes at fault parties financially liable for injuries caused by negligence, carelessness, recklessness, or distracted driving. That means that victims who have suffered serious injuries in an auto collision can take these at fault parties (and their insurance companies) to court seeking compensation for their medical expenses, lost wages, and more. If the driver doesn’t carry the right insurance, you can seek compensation from your own insurance, but that’s obviously not ideal.

If you’ve been seriously injured by a distracted or reckless driver, you need an experienced Los Angeles personal injury attorney on your side. Sally Morin Personal Injury Lawyers has been helping hard-working victims like you get the compensation they deserve and the financial support they need to get their lives back on track for over a decade. In or out of court, Sally and her legal team specialize in getting fair settlements fast.

Get in touch with the personal injury lawyers at Sally Morin Personal Injury Lawyers today.