How to Avoid Pedestrian Accidents in San Francisco 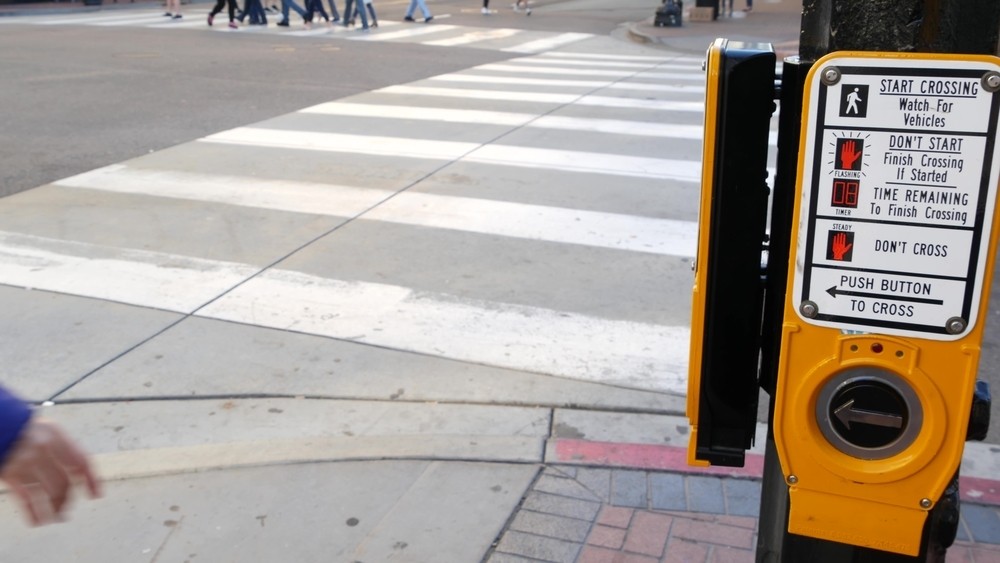 It’s no secret that walking on the city’s streets and sidewalks can be dangerous. With tons of steel whizzing past just inches from us, pedestrians in San Francisco are at significantly higher risk of injury and even death than the drivers and passengers inside those speeding vehicles. In fact, NHTSA data shows that pedestrian accidents in San Francisco represent over half of all traffic fatalities in the Bay Area. While it may seem that the responsibility for these accidents rest solely on the shoulders of the drivers involved, there are a number of things we can do as pedestrians to protect ourselves.

Data collected by the NHTSA for 2013 (the last year for which complete statistics are available) shows that a pedestrian was injured every 8 minutes and one killed every two hours in America. In fact, pedestrian traffic deaths represent 14% of traffic fatalities across the country.

However, those stats don’t paint an accurate picture for those living in the Bay Area. California has the highest pedestrian death rates of any state in the nation (701) or 23% of all fatal accidents. Unfortunately, San Francisco is even more dangerous. While there were only 18 fatal pedestrian accidents in San Francisco last year, that number represents a shocking 54% of all traffic fatalities. (We don’t get up to very high speeds in the City of San Francisco (it’s just too dense of a place to get going too fast), so there aren’t many auto vs. auto fatalities, but it doesn’t require a lot of speed for a motorist to kill a pedestrian. These are the sad facts as to why it is so important to do your best to avoid a pedestrian accident at all costs.)

In order to protect yourself from careless drivers while walking city streets, it’s important to know how and why the majority of these accidents occur.

For example, you may think the majority of pedestrians are struck while crossing the street at intersections. However, such accidents represent just 20% of the total. In fact, 69% happen at non-intersections—especially along highways and arterials.

Data also shows that 72% of pedestrian accidents occur after sunset. If drivers can’t see you, they’re more likely to hit you. (I know it sounds silly, but using your cellphone flashlight app while walking in the City and/or crossing streets at night is a really great way to help motorists see you better.)

Age also plays an important factor. 21% of children 14 and younger killed in traffic crashes were pedestrians, not passengers. On the other end of the spectrum, 19% of fatalities and 10% of those injured were 65 or older.

But not all of San Francisco is as risky. Researchers tracked crashes by location and plotted each on the Vision Zero interactive map. The map shows that certain “High Injury Corridors” representing just 6% of all the city’s streets are responsible for the vast majority of all pedestrian injuries and fatalities. (One of the most dangerous streets/intersections is the corner of Van Ness and Grove—right in front of City Hall.)

How San Francisco is Protecting Pedestrians

The Vision Zero Policy is designed to bring the number of fatal pedestrian accidents in San Francisco to zero and involves significant changes to traffic patterns, increased public education, and even lowering of speed limits in certain areas. In 2014 San Francisco:

All of this has made San Francisco streets actually safer than many in other urban areas across the country but there is still room for improvement.

It’s great that the city is taking the initiative to protect its citizens but you can do even more.

But sometimes all the preparation in the world can’t protect you from harm. If you have been injured by an automobile on city sidewalks or streets, contact an experienced San Francisco pedestrian accident attorney as soon as you can to discuss the legal options available to you. Get the legal help you need to get back on your feet fast.