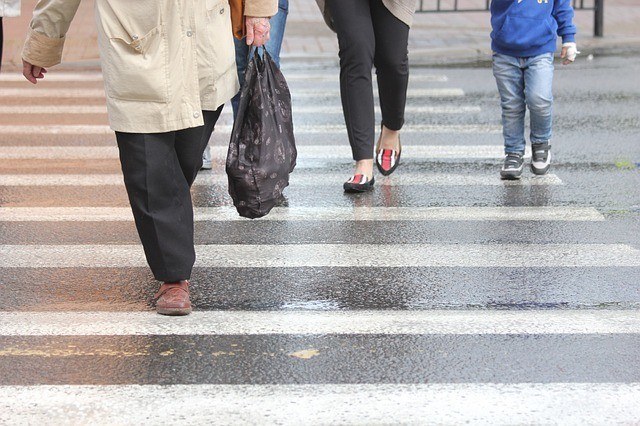 A 62-year old mother and San Francisco resident was out for a walk in San Francisco on an October morning. As the woman was walking through an intersection in a marked cross-walk in San Francisco, a car driving through the intersection at Bush and Scott Streets was distracted and failed to yield to her right-of-way. The vehicle ended up crashing into her legs, and causing her to fall on the pavement. She was rushed to the emergency room, and thereafter spent several nights in the hospital’s trauma center.

Sadly, doctors discovered that the 62 year-old woman sustained severely fractured legs requiring multiple surgeries. She needed to in-patient care for several weeks during her long and painful recovery. Her injuries took a toll on her physical and mental state, and caused her to require a sufficient level of daily care from her family after she was discharged home. Consequently, caregiving and medical bills began piling up.

The Personal Injury Process is Stressful on Families, but there is Help

To add to her and her family’s stress were the incessant calls and e-mails from the auto insurance company. The insurance adjuster demanded a statement from her and copies of her medical records and bills. The woman’s family did not know what to do or where to turn, so she decided to talk to an experienced San Francisco personal injury attorney. The family contacted Sally Morin Personal Injury Lawyers and felt immediate relief on that first phone call. They retained the top-rated pedestrian accident attorney team at Sally Morin Personal Injury Lawyers.

Once retained, the Sally Morin Personal Injury Lawyers team began cranking away at the woman’s case, so that she and her family could focus on her physical recovery and her medical treatment regimen. Sally Morin Personal Injury Lawyers took over the stress related to the accident—including all the correspondences and communications with the insurance company, the medical bills that were mounting, and the communications with her health insurance, MediCal.

One of the first things that the attorneys at Sally Morin Personal Injury Lawyers worked on with the woman’s case was attempting to find out the at-fault driver’s policy limits coverage, in order to determine the best course of action with the case. Fortunately, it was determined that the at-fault driver had good insurance coverage. The attorneys discussed the potential courses of action with the woman’s family, and made a decision together that it was best to proceed with a demand prior to the long course of treatment their loved one had ahead of them. The Sally Morin team aggressively negotiated with the insurance carrier adjuster in order to obtain a substantial settlement for the San Francisco resident and her family.

After successfully recovering the $500,000 policy limits from the insurance company, the Sally Morin Personal Injury Lawyers team did not stop there in fighting for their client. They were able to obtain an additional $200,000 from the at-fault driver’s umbrella insurance coverage for a total settlement of $700,000.

The team’s work was not done yet. They then turned their focus on obtaining the MediCal lien and working with MediCal directly so their injured client would walk away with as much money in her pocket as possible at the end of the case.

Not only was the Sally Morin Personal Injury Lawyers team able to drastically reduce the family’s stress associated from the accident, but they were able to get them a settlement that covered all of their client’s medical expenses and left more than $400,000 in her pocket. Although it did not take away the horrendous accident the woman went through, the funds provided a financial cushion for this woman and her family for the future.

If you or someone you care about has suffered personal injury in a pedestrian accident case, get a FREE online case evaluation now.