How Does Uber Insurance Work in an Accident?

An Uber Accident is Tougher than Other Types of Traffic Accidents

This popular ridesharing service first launched in 2009 in The San Francisco Bay Area. Since then there have been dozens of Uber accidents in San Francisco (including several high-profile ones which have forced lawmakers to rethink how they view ridesharing).

But victims of these accidents often find themselves fighting an uphill battle. It’s sneaky and underhanded when a company uses legal loopholes to get out of paying innocent victims the compensation they deserve, but for years that’s exactly what Uber has tried to do. The company has done nearly all it can to minimize its liability while maximizing profits.As a personal injury attorney in San Francisco, I’ve seen the devastation that Uber accidents and Lyft injuries can cause and the frustration that victims face when it comes to getting fair compensation for the pain and disability that they’ve suffered during a difficult recovery process. Much of this frustration comes from confusion surrounding Uber accident insurance.

Victims often find themselves at the hands of Uber’s own insurance adjusters (whose number one goal is to pay as little as possible). Many people don’t even understand that they don’t have to rely on Uber’s advocates. An experienced Uber accident lawyer in San Francisco can help you fight back against these faceless rideshare companies like Uber and Lyft and make your recovery process significantly easier.

Why Uber Accidents in San Francisco are So Complicated

As any reputable taxi service (or driver’s union) will tell you, Uber is not a taxi service. Uber is a ridesharing service. The company was designed to connect individual drivers (using their personal cars) with people who needed to get from Point A to Point B.It’s similar to a taxi service in that:

This ease of use has made Uber extremely popular and it’s estimated that there are roughly 45,000 rideshare drivers in San Francisco alone. Note that most of these drivers are from outside of the City of San Francisco and commute in from the suburbs and surrounding areas.But there are several major differences between Uber and a traditional taxi service that have some serious implications if you’re ever in an Uber Accident in San Francisco.

As a means of protecting itself against insurance claims, the company requires that all drivers have an active personal auto insurance policy. However, that policy is not designed to protect passengers in the event of an Uber accident.San Francisco auto insurance policies almost always include a “for hire” exclusion or clause which states that if a driver is using their personal automobile in a “for hire” capacity (such as driving paying passengers to and from destinations) the policy is voided.In the past Uber drivers were forced to rely on these personal insurance policies during the window of time in which they turned on the Uber app but had not yet picked up a paying passenger.Once the passenger(s) entered the car however, Uber’s own insurance policy kicked in, offering the driver liability coverage which extended to the passenger and any third-party victims.However, that policy changed in 2015 when California legislators revamped ridesharing law. 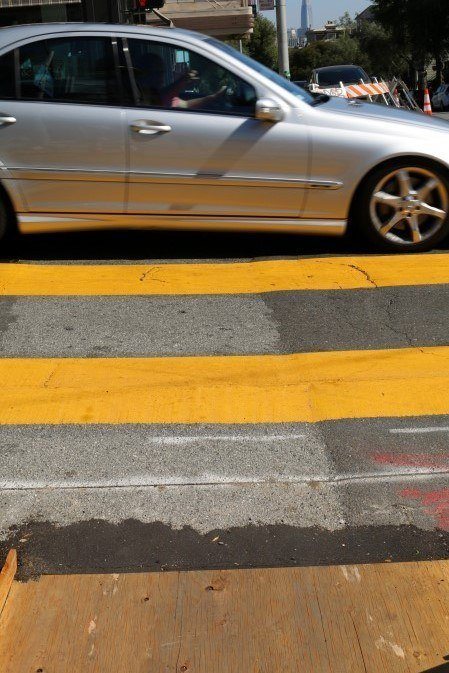 In 2014 6-year-old Sofia Liu was crossing the street when she was struck by an Uber driver. When the family pursued a claim against the company for the girl’s tragic death, Uber insurance denied the claim because the driver had not yet accepted a passenger—he was simply riding around with the app open.

Sofia’s family filed (and won) a landmark lawsuit against the company. That lawsuit put the wheels of justice in motion and lawmakers were forced to take a good hard look at Uber insurance. With the passage of AB 2293, Uber insurance now must provide liability insurance coverage for drivers whenever the app is open – not just when they have accepted or are actively carrying a passenger.

Motorcyclist hit by an Uber driver

Last year I was in a serious Motorcycle accident that was not my fault. Beyond the initial emergency room visit, I required surgery and months of rehab. All in all, my left leg will probably never reach 100%. It has been a stressful and scary year. But one of the comforts through it all has been the services that Sally Morin provided.While I was focused on my health, she was taking care of everything else. And in the end she got the other drivers’ insurance company to settle at an amount that was substantial enough to cover the pain and suffering I had incurred as well ease my worries about paying for any future care related to the accident.She even got the medical collections to decrease my balance due by thousands. I was skeptical to hire a lawyer off of YELP, but in the end it was the best thing I could have done.

Getting the Compensation You Need Made Easy

That $1 million Uber insurance policy still may not cover you in certain circumstances. Indeed, many victims of Uber accidents and Lyft injuries here in San Francisco need professional legal help to get the compensation they rightly deserve.

As an experienced Uber injury lawyer in San Francisco, I’ve helped many victims pursue claims against Uber. Many of these cases have resulted in significant settlements for victims including a $500k settlement for a cyclist hit by an Uber driver in the new bike lane on Oak Street at Divisadero.

With an experienced rideshare attorney on your side:

When you have a highly specialized team of San Francisco personal injury attorneys – like the Sally Morin Personal Injury Lawyers team – on your side, recovering from an Uber accident doesn’t have to be a nightmare.

If you’ve been injured in an Uber accident in San Francisco, call Sally Morin Personal Injury Lawyers at (413) 415-0033 today or get a FREE online case evaluation now to see if we can help.