Oakland is Trying its Best to Reduce Bicycle Accidents 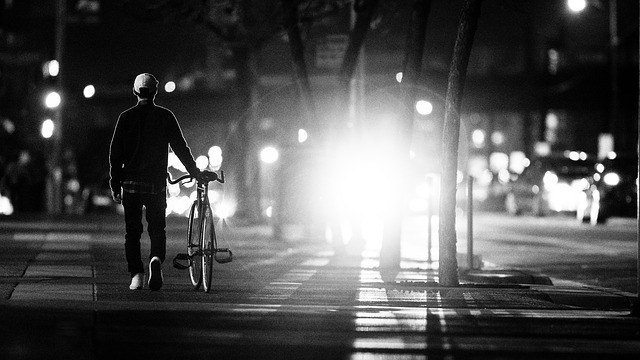 The League of American bicyclists bestowed its covered Silver Level Bike Friendly Award on Oakland in 2014—partially because of the improvements the city had made to streets, bike lanes, and bike facilities around town. But has Oakland kept up with the times and maintained that bike-friendly attitude? Is the city’s Bicycle Master Plan really having an impact on decreasing the number of bicycle accidents in Oakland? Are more people taking to the streets on two wheels? As an Oakland personal injury attorney, I see more and more clients with serious injuries from bicycle accidents in Oakland and the East Bay.

The Master Plan’s Progress So Far

It turns out, California’s basic speed law isn’t enough to protect bicyclists in Oakland. In December of Last year Oakland released it’s I (Bike) newsletter’s 10th anniversary edition detailing the progress the city had made in implementing the Bicycle Master Plan and painting broad strokes about the city’s future.

Improvements that had been made to date include:

But there is still more to be done. Going forward the city is focusing a majority of its financial input on the Downtown area with the unveiling/implementation of the Lakeside Green Streets program and addition of bikeways on key city throughways like 11ths Street, 10th Street, and Telegraph Avenue. Combined with the major revamping of traffic flow along 20th Street, these public works projects mark a major milestone along the way toward eliminating bicycle fatalities and creating a bike-centric downtown. This is just another move Oakland is making to keep its streets safer for the community.

The Power of Buffered Bike Lanes

One of the most effective tools the new plan embraces is the buffered bike lane. Studies have shown that buffered bike lanes are dramatically more effective at decreasing the number of bicycle accidents in cities like Oakland than standard bike lanes. These secure bike lanes create necessary distance between riders and drivers and allow cyclists room to breathe.

That’s a key factor that simply can’t be overlooked. One of the leading causes of bicycle accidents in Oakland is riders being cut off by drivers who make quick turns without proper signaling or looking to see if the path is clear. By creating a buffer zone these new bike lanes allow riders an opportunity to swerve, slow, or stop completely in order to avoid being struck.

Where to Find these New Bike Lanes

But bike lanes are no good if cyclists don’t use them. That’s why Oakland has installed 58 new signs around the city telling cyclists where they can ride safely and instructing them how to get to where they want to be from where they are.

This public outreach and education portion of the Bicycle Master Plan is important because it not only lets cyclists know about the major investments Oakland has made but it helps to increase the awareness of cycling in the city. Studies from other countries like Great Britain and The Netherlands have shown that municipalities who invest in creating and bolstering a bicycle culture within their cities are also able to decrease the number of fatal and injurious bicycle accidents in their jurisdiction.

Oakland’s safer streets program is nearing completion but it’s more than installing a few bike lanes here and there. The Leagues of American Bicyclists takes into account all sorts of factors when deliberating on which municipalities deserve awards. Oakland earned theirs because it demonstrated a true commitment to cycling and to date has:

And with future investments and improvement projects already in the works, it looks like Oakland is taking its bicycling future very seriously.

But until the day when there are no more accidents, cyclists and their families will need help to put their lives back in order after a crash. That’s where Sally Morin Personal Injury Lawyers can help. We are experienced bicycle accident attorneys and have been earning financial compensation for victims of reckless or distracted automobile drivers for over twenty years. If you’ve been seriously injured in a traffic accident, contact the experienced Oakland personal injury lawyers at Sally Morin Personal Injury Lawyers today. Call (510) 858-2231 today or get a FREE case evaluation online now to see if we can help.