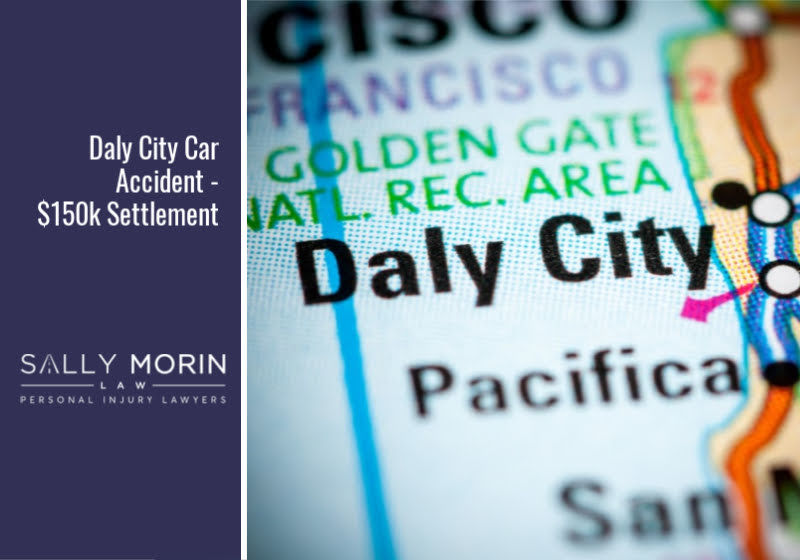 A 43-year-old computer engineer and new dad was driving his car on the freeway on his way to work one morning on Highway I-280 in Daly City, California. Suddenly, and out of nowhere, another vehicle traveling at a high rate of speed abruptly swerved her vehicle into his lane. The speeding car slammed the engineer’s vehicle into a concrete divider, causing him to veer off the freeway and into the adjacent embankment. Not only did the traumatic nature of the accident leave the engineer with emotional scars, but he suffered serious physical injuries in his Daly City car accident

The engineer suffered five fractured ribs, a deep laceration on his scalp, a concussion, and a lacerated spleen. He was rushed from the car accident scene to the nearest trauma center.  The reckless driver who caused the accident unfortunately had low insurance limits. Thus, the engineer would need to access his own underinsured motorist coverage in order to get fully compensated for his injuries and other losses. While he had a new baby at home and needed to get back to work, the computer engineer was overwhelmed by the prospect of handling his own car accident claim. He was having difficulty managing all of his medical bills, was inundated by paperwork, confused by the insurance process, and was unsure how to navigate an underinsured motorist claim with his own insurance coverage. He knew he needed help, so he hired the Daly City car accident experts at Sally Morin Personal Injury Lawyers who have a track record of getting solid settlements for car accidents in Daly City.

Sally and her team fought through some challenges presented by the case. The engineer’s injuries were largely internal and treated with rest, ice and heat. Therefore, he had minimal follow-up medical treatment after he was released from emergency care. Given his low medical bills and minimal treatment, the insurance company discounted the value of his claim. Sally Morin Personal Injury Lawyers carefully documented the engineer’s loss of earnings and highlighted his pain and suffering in order to maximize his case value and increase his settlement. Sally and her team also alleviated the computer engineer’s stress and allowed him to focus on his family and career, instead of dwelling on the details of his car accident claim.

The experienced Daly City auto accident legal team at Sally Morin Personal Injury Lawyers did not stop fighting until they obtained the full policy limits of $150,000 for their client, putting over $92,000 in his pocket after all of his medical expenses, fees and costs were paid. The computer engineer was elated to move on after the accident, with some hefty cash in his pocket!

“I had a bad accident that left me with a fractured sternum and stuck to a hospital bed. Luckily I found Sally and her team. I was bombarded from the start with the car insurance people, the bills were piling up from both hospitals and ambulance company and my own healthcare provider. Sally and Carmen took care of everything and let me concentrate on getting better and always keeping me in the loop with any questions or concerns I needed. I had a hefty medical bill but they still were able to get me money to help me for my suffering! God bless them!” – Donna N.