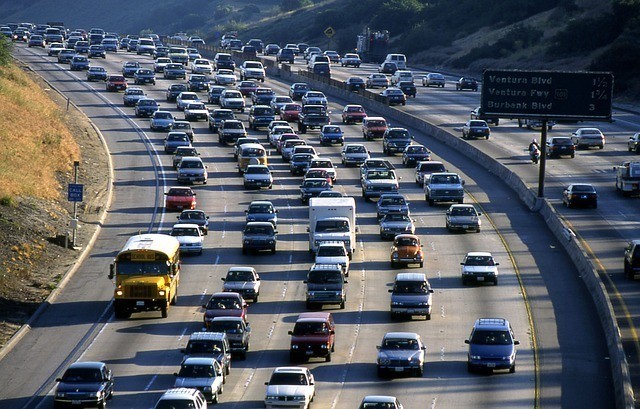 A Northern California correctional counselor was riding her BMW motorcycle in Los Angeles on the 405 highway in the carpool lane at about 40 miles an hour in pretty heavy traffic. A motorist in a rental car made a quick lane change without signaling right in front of the motorcyclist and caused her to go down onto the pavement.  The motorcyclist was taken by the Los Angeles fire department to the University of California Los Angeles Reagan medical center for emergency medical treatment.  She suffered a couple of fractured ribs, a collapsed lung and small lung contusions. Luckily, her injuries stabilized very quickly and she was released from the UCLA hospital that same day.

Fortunately for this young woman the Los Angeles CHP report indicated that the other driver was at fault for the accident due to his unsafe lane change. This was lucky, because it is not uncommon in motorcycle accident cases for the police decide against the motorcyclist, as there is a problematic bias against motorcyclists in California and Los Angeles in particular.

The motorcyclist was also forced to miss work due to the injury she suffered in the accident.  The Sally Morin Personal Injury Lawyers team advocated to obtain financial recovery for both the medical expenses and the loss of earnings suffer by this motorcyclist.  The legal experts that Sally Morin Personal Injury Lawyers also fought hard to recover the full amount of the property damage so that this woman can buy a new motorcycle to replace her BMW that was destroyed in the accident.

The insurance adjuster immediately tried to raise an issue in dispute liability by saying that the motorcyclist was lane splitting and made an opening offer of $70k. Sally and her team of Los Angeles motorcycle accident attorneys quickly educated the adjuster about California’s lane splitting the laws and explained why the motorcyclist was completely within the parameters but what is allowed by California law. They eventually got the offer up to twice what it was initially and the client was very pleased with this result.

After hammering the insurance company to get the offer up, Sally and her team we’re not finished.  They knew they could get their client more money in her pocket if they negotiated with the motorcyclist’s Health Insurance Company to accept less than they paid out in medical expenses.  This is one of the extra services that the Los Angeles personal injury attorneys at Sally Morin Personal Injury Lawyers pride themselves on.  We do not do this to increase our own legal fees – our fee is already established by the amount of the settlement with the insurance company – we do this solely to increase the net amount of money that goes into our client’s pocket.

If you or someone you care about has been in a motorcycle accident in Los Angeles, get a FREE case evaluation online now to see if we can help.