How Effective are Backup Cameras at Keeping Pedestrians Safe? 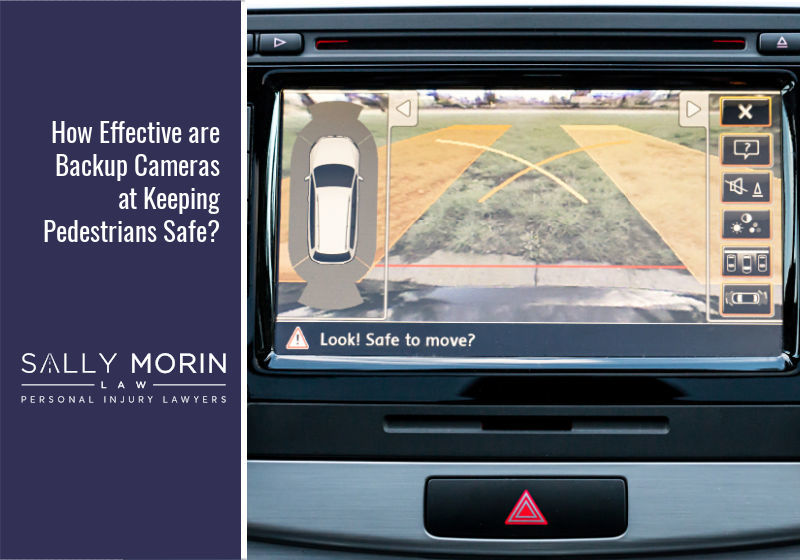 Being backed over by a vehicle has to be one of the most terrifying things that can ever happen to someone. Your body is defenseless against the crushing impact of a two-ton vehicle.

Although these accidents tend to happen at low speeds under 15 mph, extensive bodily harm occurs in an instant. You may have shattered bones, organ damage, a crushed ribcage, pelvic fractures, and permanent spine and brain damage. You might even lose a limb.

Automotive backup cameras were invented to prevent injuries like these. Believe it or not, the first vehicle backup camera was created in 1956 for a Buick Centurion concept car.

In the decades since, there have been extensive tech improvements. But are backup cameras truly adding to pedestrian safety today?

Pedestrian studies from the National Highway Traffic Safety Administration (NHTSA) show that 80% of all pedestrian accidents happen in urban zones. Look at Los Angeles. In a typical year, the city has about 225 traffic deaths and of those, about 75 are pedestrians. That’s one-third of all LA traffic deaths!

Based on the cases we’ve seen here at Sally Morin Law, some of the most common situations that involve pedestrian back-over injuries include:

A 35-year traffic study by the NHTSA found that although pedestrian road deaths were on the decline until 2009, they have been increasing steadily since then. The change is attributed to an overall renewed interest in walking and running for health reasons, plus increased pedestrian traffic at night when vehicle drivers have more trouble seeing people walking around.

So if you tend to walk at night, walking home from work or visiting bars and restaurants, watch out for cars backing up. More than half (60%) of pedestrian fatalities occur from 6 p.m. to 3 a.m.

Do Backup Cameras Give a False Sense of Security?

A backup camera is designed to display the area immediately behind and to the sides of your vehicle. It typically provides a limited 80-degree field of view, leaving 280 degrees unmonitored by the camera.

If you own a car manufactured after May 2018, it should have a backup camera as part of the standard features. All new vehicles under 10,000 pounds are required to have backup cameras due to a policy introduced by the NHTSA.

However, there’s strong evidence that backup cameras are giving drivers a false sense of security. For example, backup camera manufacturers say they are not intended to replace checking your blind spot, but many drivers still use their cameras this way.

A study by the AAA Foundation for Traffic Safety found that the majority of drivers don’t use in-car technology correctly. People over-rely on the technology, take their eyes off the road, and tune out of driving in a way that increases the backover risk to pedestrians.

Most Backover Accidents Have a Lot in Common

Accidents that involve a pedestrian being backed over tend to follow a common pattern. You’re walking or pausing behind a vehicle when the driver drops it into reverse and hits the accelerator.

Maybe you were in their blind spot or they never even looked back before hitting you. Maybe you were moving outside the backup camera’s field of view.

In these accidents, the pedestrian doesn’t even exist in the driver’s mind. That’s why it’s so common to hear the driver say, “I never saw you!” Of course, that’s no excuse.

As a pedestrian, there’s very little you can do to avoid a car backing up toward you. You can try to dodge out of the way, but you might not have time. Some police agencies advise pedestrians to strike the car or throw something at it, alerting the driver of your presence. But there’s only a split-second to act.

We’re now seeing a rise in injuries from self-driving cars, plus Uber drivers who tune out of driving and pay attention to their rideshare apps. All around us, drivers are drenched in technology and are driving distracted, increasing the risk of pedestrian injuries and deaths.

After a Pedestrian Accident, You Can Take Action

If you’re the victim in a pedestrian backover accident, call 911 immediately to report your injuries. Accept emergency medical attention because declining it could harm your health and prevent you from receiving much-needed compensation later.

As soon as you are able, contact Sally Morin Law to share your story of being backed over by a vehicle. We’ve seen plenty of cases like yours, and we’re here to listen with an open mind and help you take action against the driver who hurt you.

“I was struck by someone who ran a red light. Busted my knee, almost totaled my brand new car, and brought me a lot of troubles. After negotiating with an adjuster and being offered $200 bucks as compensation for my knee pain. I decided I needed a lawyer. I am so glad I contacted Sally Morin Personal Injury Lawyers. Rebecca called me just minutes after I had reached out to them. Communication was very easy and I was aware of everything that was going on throughout the whole case. They really helped me get through one of the worst times of my life. I am 100% satisfied with the way I was treated and the outcome of my case. If you need a good team of lawyers on your side, look no further! Thank you very much Sally Morin Personal Injury Lawyers!” – Caique S.

After an injury, contact the attorneys at Sally Morin Personal Injury Lawyers. We handle many areas of the law, including pedestrian accidents. We believe you should be able to focus on recovering while we handle the legal details.